Is coronavirus the needed wake-up call for journalism and media freedom in East Asia, or it will further entrench state protectionism and mistrust of the media?

This was the big question raised by Tehmina Kaoosji at the opening of the second episode of her personal online talk show, The Point. Titled ‘COVID-19 - Disinformation & Media Realities in East Asia’, it took place on 15th April 2020.

As COVID-19 continues to spread across the global population at a rapid scale, this timely live discussion revolved mainly on the virality of misinformation and the media direction in a post COVID-19 world, particularly in East Asia. Some other hot topics discussed included the current scenarios in respective panellists' home countries, governance, decisive policies and public trust in navigating through the unprecedented pandemic.

In Malaysia and Indonesia for example, there is a rising pattern of information dissemination and consumption predominantly on Facebook and WhatsApp. Dr. Ross however further added, now with more demands of quality health information, there is an increasing trend of people being uncertain of what to believe, giving more power to the government and mainstream media.

Governments today are shouldering huge responsibilities of communicating appropriate COVID-19 updates and responses to the public. Zurairi highlighted the bigger usage of multiple Malaysian government tools to spread information and address hoaxes, from a dedicated government website, a quick response team by the Communication Ministry to the periodic messages by the National Security Council. However, one of his concerns with the final method is the inability of the citizens to distinguish actual messages from the collective noises due to the huge number of messages on a daily basis.

One of the points raised throughout the live discussion was the importance of properly debunking misinformation. In COVID-19’s context, not only it can shake up public trust in the government, but it can also lead to the weaponisation of the virus. One of an example given by Zarrar is how the minorities in certain countries are being made the scapegoat for the spread of the virus. In some ways, the virus acts as an accelerant for worsening the existing negative trends and feeding radical agendas in the society.

Although the significance of the media’s role is undeniable, but the industry should be prepared for any possibilities in the long run. Dr. Ross foresaw ad revenues to be completely pulled from media companies, and some media outlets might fall later. However, we are also witnessing a surge of local news sites migrating to social media and in some countries such as the Philippines, local Facebook groups. As effective as they can be, these forums carry the potential to be easily manipulated spaces for certain agendas and propagandas. Aisyah concurred by stressing that it is now the time to support local media as they are now needed more than ever.

The importance of verified, accurate news from repeatable sources, as well as the flourishing independent media should be recognised. Zurairi suggested the government to collaborate with media instead of just relying on the public broadcaster. In a way, the government could obtain some feedback instead of just listening to their advisors’ perspectives. Above all, the public can play their role in honouring journalism and media freedom through a bigger scale of media literacy.

The live discussion can be watched on Tehmina Kaoosji’s official Facebook page.

This feature is written by Nuraaina Asri from Telum Media.

Have a topic you'd like to comment on or contribute a thought piece? Please email us at malaysiaalert@telummedia.com

Publication Profile: Man of Many 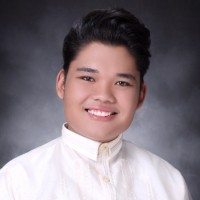