Current state and future of journalism

By Sudha Rahman and Ernie Lee

The effects that COVID-19 has on the economy and how we work is now becoming more evident. To cope with the economic effects of the disease, many media outlets around the world are forced to change the way they work, some even shutting down completely. This has also led many to wonder - what exactly is in store for the future of journalism?

The hour-long webinar was moderated by Telum Media’s Region Head for Southeast Asia, Haikel Fahim. It was attended by close to 1300 media and communications professionals.

Lessons from the pandemic
This crisis has taught Bloomberg that they can have entire newsrooms work remotely. Stephanie said that this is mainly due to robust technology and the help from tech support teams. Still, newsrooms had to adjust their work processes. What used to be instantaneous communication between Journalists in the newsroom is now done through internal communication tools. Combined with technical difficulties due to the lack of proper home internet infrastructure, journalists have to work harder remotely, Stephanie stated. Yet, remote working may not be permanent as Bloomberg is ready to move back to the physical newsrooms when it is safe.

Stephanie also recommended that newsrooms figure out their business model going forward and how they are going to adapt to the changing needs of their audiences. While being mindful of how and where the audiences consume the news, she said that different aspects of the newsroom will grow and adapt while a diversion of sources from one part of the newsroom to the other could result in creating a better output for audiences.

Quality of journalism
Local leadership and diverse voices
The panellists universally agreed that the quality of news reporting is something fundamental that should not be compromised on. Apart from news being factual, credible and accurate, Stephanie introduced how Bloomberg ensures quality in their news reporting.

Whether the narrative reflects the views of the world or it does not, is something that should matter, Stephanie emphasised.

“Especially in a region like Asia, it is important that we have local Reporters and Editors talking to the right people for our stories, who have the local knowledge and represent the diverse region that we live in,” she explained.

As she made clear how local perspectives in reporting stem from local leadership in newsrooms, she also highlighted Bloomberg’s commitment to include more women in their leadership as a step towards diversity in the newsroom.

Additionally, she stressed on the importance for news organisations to be inclusive in the voices that they speak to. She cited the example of Bloomberg’s New Voices Initiative that improves gender balance through quoting more women in their stories.

Legwork and verifying
Aside from the diversity in reporting perspectives, Sam Jo is quick to point out that hard work is most essential in producing quality news stories. He elaborated that it was the old-school method of walking the ground and knocking on doors that lead journalists to the best stories. With the younger generation of journalists having more stamina and energy, he mentioned that they too had the ability to do legwork and produce well-written stories in the newsroom.

Sam Jo also shared the value of not discounting stories just because they are about a niche community. He encouraged his peers to continue working hard to keep digging for information – on the ground or through national archives, factcheck to verify that the news is accurate and not be complacent.

She also noted that not all closures and consolidations are due to economic factors, as the reasons behind closures like ABS-CBN and Utusan Malaysia’s are more political instead.

Which revenue models work?
While there is no template that media outlets can use to plan their revenue models, Joon-Nie encouraged the use of digital subscriptions and memberships.

Aware that consumers may not like it, Joon-Nie still expressed that “you need to get your consumers to pay because it has value - this way you have a relationship with your consumer and you serve your consumer. You are first obliged to your consumers and not your advertisers.”

She acknowledged that while the advertising model was good previously, it is falling apart because of digital disruption and other factors.

Joon-Nie also observed that some larger media giants in Singapore like Singapore Press Holdings have been fairly successful in buffering economic challenges with other diversified investments like aged care, property, student housing, schools and digital ventures.

She hopes to also see other industries invest in the media sector, like Alibaba’s acquisition of South China Morning Post.

Print vs digital: A revenue perspective
In response to the “print is dying” sentiment, Sam Jo claims that “print is part of a diverse multimedia ecosystem and we ought to see print as co-existing with online media as opposed to giving way to online media.” He did not think that it was mutually exclusive.

He points out that print and digital offer both different reading experiences, with print having a better ability to captivate longer attention spans, as well as being able to target certain audiences like the older generation and those in the education sector better.

Joon-Nie also shared her insights on the print vs digital debate, citing statistics from World Press Trends, a survey done by the World Association of News Publishers that involves all the newspaper industry associations around the world. She indicated that latest figures show that print revenues still account for 86 per cent of newspapers’ overall revenue globally, with only a 1 per cent drop from the previous year. To add to that, 54 per cent of newspaper’s overall revenue comes from circulation sales.

Tune in to The Jamie Nonis Show 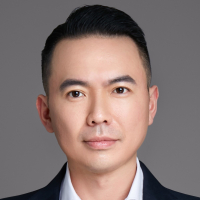