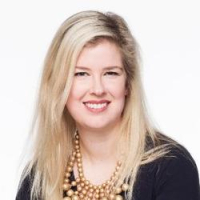 Jess Irvine, Senior Economics Writer and Columnist at Nine, has AU$337,896 in superannuation. In February, she made AU$405 by selling her possessions on Facebook Marketplace, and the month before, she posted an ASMR video of her highlighting her personal budget.

Plenty of journalists cover superannuation and budgeting, but it isn't every day that readers get such a personal look into a writer's spending habits. The self-professed "numbers nerd" devotes her spare time to chronicling every cent she spends in her personal life, from movie rentals and bus fairs, to childcare and grocery bills.

This complete transparency has made Jess one of the country's leading personal finance experts, with more than 22,500 Twitter followers and 17,000 Instagram fans. So why does she do it? And how does she juggle budgeting with a busy work life?

Jess' start in journalism:
In 2005, The Sydney Morning Herald's then Economics Editor (and Jess's industry hero), Ross Gittins, reached out to Jess' university professor, requesting recommendations of graduates who could "think in numbers, but also write in words". Jess was put forward and, following a successful application, she spent the next twelve months writing the newspaper's daily "Dollar Column". Jess tracked and reported on the value of the Aussie dollar and said the experience was "a great place to learn the ropes and build contacts."

Jess also writes a personal finance column, published on Sundays, where she aims to empower her readers to manage their personal finances. "I often share details from my own personal financial life, as I believe this makes money seem more relatable. I also write ad hoc longer interviews, profiles, features and explainers on whatever else comes up", Jess said.

Of the broad range of stories she has covered over the years, Jess says her "perennial favourite" is the annual federal budget. She has covered 17 of these since she started in journalism and said it "always feels a bit like sitting an HSC exam; couped up in a room with 100 other journalists beavering away to find the story." "We get about seven hours with the documents under embargo until the Treasurer stands in parliament to deliver his speech," she said. As the years go by, Jess said she wished there were more "regular national forums for deeply scrutinising how government is - or isn’t - working for taxpayers." For someone with so many deadlines, it's surprising how much Jess can fit into one day, let alone an Instagram grid. When it comes to her personal finances, Jess has opened up her balance sheets to the public, publishing her income and expenditure on her account, Money with Jess.

Each month, Jess will post a spreadsheet to her Instagram grid which details her income, direct debits, future fund contributions and variable spending across the previous month, as well as a spending tracker. These posts attract streams of comments from people, many of whom are inspired to start their own budgeting system. For Jess, the motivation behind making this content public is to keep herself accountable. "I like the discipline of having committed to sharing my budget each month. It forces me to do it!" she said. She also hopes her content can demonstrate the value in regularly tracking your money. "I definitely think there is just a real “perve” factor, too - it’s just interesting to get a glimpse into other people’s lives and how they spend their money. I’ll show you mine, now you can show me yours!" she said.

According to Jess, younger generations are getting better at being more open and transparent about where their money is going. "There’s less shame, I think. It’s liberating just to get it all out on the table. We’re all human! We all spend money!" she said.

Money with Jess:
Earlier this year, Jess launched a weekly e-newsletter, Money with Jess. Each Sunday, she dispatches "a little missive" with links to Money content from across Nine's metro websites. "I think Sundays are a great time to take stock of the week and prepare for the week ahead", she said.

Each newsletter includes her budget tip of the week as well as links to various budgeting tools and resources she has designed to help her readers manage their money, including a monthly budget template. The newsletter also provides a snapshot on what she has been spending her money on, like stock market investments, refinancing her mortgage, organising her insurance, or falling prey to Aldi's stationery selection.

Budgeting tips:
When it comes to budgeting, Jess recommends having a system in place to track your spending. "Once you have an idea of where your money goes, you can start to collate a monthly budget and prepare for bigger upcoming expenses", she said. "My money mantra is simple: “Spend less than you earn; invest the rest." 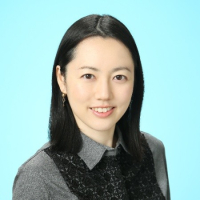 Redhill expands to Middle East and Africa from Abu Dhabi 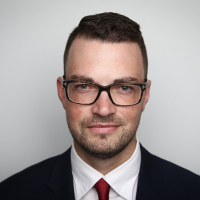 Bevan Shields announced as Editor of The Sydney Morning Herald