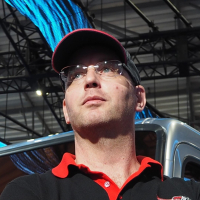 Op-Ed: The seven dwarf efforts of PR that will increase chances of getting published

I am a fan of press releases. There are times when there is an empty page in the magazine and a release sent in is just what one needs to fill that void. However, I feel that many press releases fall short of their potential to get published as they are not handled properly.

With a little bit more effort from PR professionals, I feel, they could get more success. Here are some of the things that irk me and how I would tackle such issues if I were on the sending end of a release. I call them Dwarfs because they really are just simple steps that don’t take up too much time as opposed to Herculean jobs.

Don’t just call me friend, become one
Let’s not discuss the way a salutation should be done beyond the idea that one can have a personalised one automated these days. And the idea of being someone’s friend, right off the bat, is kind of bizarre to me. Every week there is a new PR agency sending me material and I get called their friend. No, I am not. But a potential business partner? Maybe.

But you know what? You could become my friend. I could even do you some favours by recommending you some business every now and then when I am short of editorial staff. However, I just don’t see how simply sending me canned press releases makes you my friend. Please work for that and then we can have beers together without having to discuss advertising fees.

The Ménage à trois
The idea of a press release is also to make it easy for the media to publish news. Let’s just say we all like it if we can use a shortcut, something ready-made, simple to use. A press release should be easy to copy and paste (if that is what you want the media to do). As a writer, I typically want exclusive content and would prefer to even do an interview or to re-write the entire release just so I have a different angle when dozen of other titles run the same story with the same visual. I have print, social media, websites (six!) and e-newsletters. For each one I will use different amounts of content. How cool would it be if I could have three (or four) different versions of a press release and paste that in more than one medium. I hear you groan as this is more work for the PR agency, but hey, it might get you more exposure and thus more value generated and that you can show your client.

Pick up the phone!
Why not alert the journalist with a phone call ahead of the distribution of the release? This achieves a number of things: first, you could adjust the content to suit the media if the editor you are calling gives you feedback on what they are looking for. Next, is that you take the hassle out of a release that comes unannounced. No matter what, the release would still have to be checked and handled in a way that meets the needs of the outlet. Lastly, if your release doesn’t fit, for whatever reason, you save yourself a bit of work as you won’t have to send, track and monitor it for that particular title.

Meanwhile, as you are talking to the editor, you might find out what they are working on. For all you know, another client of yours might just have the right story for that title. There are a few PR practitioners who call me every now and then. They are the ones where I will make an effort to get their stories out. Why? Simple: they treat me as a person, not a mailing list they have to complete by the end of the day.

Do something, anything for me
I dislike the idea that you have to buy an ad to get content published. I maintain that we should run a story if we can see how our readers might find it interesting or even benefit from it. In my view, editorial integrity hinges on the position to publish content regardless of advertising spend. To a point. I also think it is unfair to those having placed an ad in literally every magazine we publish if we continue running stories for brands that don’t support us in return. Now, being the crafty wordsmith I am, I use the term “support”, not advertise. I am sure, if your website boasts of all the creativity within your team, you can some up with something that also helps us as a publication. Our logo on your page or in your e-newsletter. Introductions, backlinks, inviting us as speaker to industry events… There are endless possibilities of what can be done to also boost our brand in return for running press releases.

Look at that THAT!
Some twenty years ago I learned that a press release should not just be sent to the right kind of publication, but within the publication to the right desk. Ensuring that the editor handling the type of content would receive it increases the chances of publication. While some titles don’t have a huge editorial team and a release could be easily channelled to the PIC, in busier places a release might just sit in someone’s inbox and go to waste.

You would not believe how many times I get a press release and wonder “Why would they send this to me?” Tricycles for kids. Ferry schedules and new routes, which could be “Transportation”. Transportation is what we deal with, but in a niche. Doesn’t anyone vet mailing lists anymore? Should not a title like Asian Trucker raise half an eyebrow and the question if that kind of name indicates that the release will hit the right desk?

Be prepared: If you send me something that is not relevant, I will send you back the recipe for my apple crumble. Just as irrelevant.

Don’t get blacklisted
I receive loads of emails daily from many people. Outlook’s preview really helps me save more time by making me easier to recognise some sender, SHIFT + DEL and blacklist them personally. This happens when I have receive irrelevant messages from people and despite repeatedly asked for only relevant material to be sent. Imagine if one time where the presser would be exactly what I need! It will never make it as the sender has been blacklisted.

Be THERE for me
A press release ending with “Please contact us if you require anything else” is totally awesome. Unless replying will only generate an auto-response saying that the person in charge for the distribution of the press release is not available on that day. Just what does that communicate if you are sending a programmed release and are unable to handle enquiries from the media? At that point I usually decide I will no longer bother with the press release. I am not saying that people can’t be in teambuilding sessions or the like, but if you initiate contact, it is best be around to handle any responses as that is what you ultimately aim for, right? 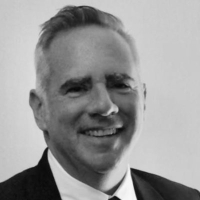 Michael Smith to move to Japan for The AFR 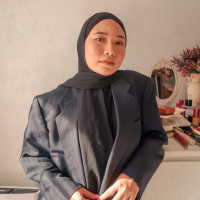