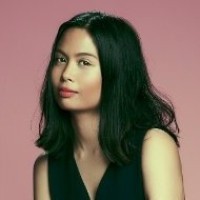 Having been recently appointed as Executive Editor at CNN Philippines Life, Telum Media caught up with Anna Canlas in between her conference calls and Slack conversations to discuss how she has been adjusting to the new role.

With compelling narratives under her byline, it is hard to believe that Anna felt as if she had lost her creative connection a few years back. Nevertheless, she delves into how she overcame this writer’s block while simultaneously relieving herself from the pressure to adhere to societal norms revolving around money, practicality, and marriage.

As the Executive Editor at CNN Philippines Life, can you share the editorial team’s creative approach?
Not shotgun  - we aim to offer an insightful second take on what people are buzzing about in Philippine culture. Currently, we are seeing a trend on stories covering mental health care, direct engagement with the issues, as well as activist art.

How do you think your past experiences has contributed to your current post as the Executive Editor of CNN Philippines Life?
My time writing and reporting in New York taught me to form an opinion right away and keep up with the news cycle. The New York audience enjoyed a more transgressive angle - a hot take  - than restorative  - something that affirms our values.

My biggest takeaway from working there is that context is important. You can't expect best practices there to work here. I learnt that after making some mistakes at my first job back here in the Philippines in 2014, when I ran these admittedly clickbait headlines.

Additionally, I also developed an eye for design during my time at Preview Magazine and stylebible.ph.

What do you love about being a journalist?
Interviewing! I will sometimes meet people in social situations and overzealously ask about their vocation or interest. Especially artists and entrepreneurs. Avoid me if you just want small talk.

Tell us about a story or feature that you consider the most significant / unforgettable in your career?
A personal essay on relationships and reproductive health where the backstory became the main story, and vice versa.

It took me seven months to write as I had buried a lot of those in my unconscious. It's tough to understand that your mind is programmed a certain way, and then you realise, perhaps it's because of your family or the school you went to.

My first draft was so messy that our Features Director, Don Jaucian held onto it first, and that gave me a chance to self-edit.

I don't think I would have even attempted to write it if I wasn't commissioned by the filmmaker Samantha Lee, who was also guest editing the women's issue, to write about marriage and the Filipina. But the story I had in me was the failure of a marriage, haha!

I’m sure that you are contacted by a lot of PRs and communications teams for pitches. What kind of press material entices you the most?
I like a timely story, with an evergreen theme. And lately I always ask myself - what could be uniquely Filipino about this?

What are you looking forward to in 2021 with regards to the Philippine media-scape?
So many legacy players are launching new titles for baby boomers, Gen X, millennials, and Gen Z. And it will be interesting to see how one story gets told differently by each outlet.

I'm also observing a re-emphasis on magazine-type storytelling, which I'm always going to be invested in because that's my life's work and what I took my masters in. I think that the reason as to why journalists are going back to this format is that packaging stories in a magazine format can defamiliarise a story in a way, and when done well, that can leave a lasting emotional imprint on the reader.

As a female journalist with a senior role in the industry, can you share a piece of advice for women looking to pursue a career in media?
For women specifically: Be tough, but kind. For any writer who wants to make it in journalism: Do your own reporting!

Give us a parting quote!
"Criticism can come out of love." The photographer Robert Frank said that. 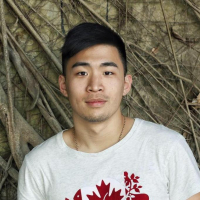