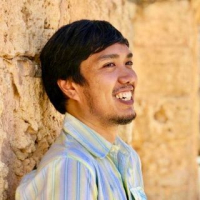 With over 15 years of experience as a Senior Reporter, you have covered various beats with the Philippine Daily Inquirer, which story is the most memorable for you and why?

My most unforgettable is Supertyphoon Yolanda (Haiyan) in November 2013. I was stranded with our photographer Niño Jesus Orbeta in Tacloban City for several days with very little food and water and no way to transmit our stories and photos to the desk (let alone send word of our survival). I saw and felt the devastation, first-hand. It was quite horrific, and no disaster since would have come anywhere close to have the same impact on me

A close second is the Manila hostage crisis in 2010: A disgruntled cop, helpless tourists, bumbling negotiators, a ruthless media swarm, a bloodbath on a stormy night. It was unforgettable.

Do you remember the exact moment you realised you wanted to become a Reporter?

As a boy, I imagined all sorts of adult versions of myself, but never one as a reporter. It’s funny because I’d been a campus journalist for most of my school life, yet I never considered it as a career. My eureka moment happened while I was struggling through my second year at the UP College of Medicine (Intarmed course), and it just occurred to me: Why not switch to journalism? I did and never looked back.

What would you say is your greatest accomplishment?

I could mention one or two awards that made me proud, like the honourable mention for excellence in feature writing at the Society of Publishers in Asia (SOPA) Awards for Editorial Excellence in 2014, for my personal essay on Yolanda. But I’m happiest when my words resonate with readers, and they take away something useful or meaningful from my stories long after they’ve torn their eyes away from the page.

Over the last few months, Filipinos have faced various changes to the country, from the Anti-Terror Law to COVID-19 community quarantines, how have these changes affected the way you work?

I’ve been working from home since March. It’s a challenge covering only through Zoom or Facebook Live or Viber. I had never realized the importance of face-to-face interaction in reporting until now. But I get by.

How should PRs pitch to you and what topics interest you and your team the most?

I appreciate story pitches with a clear news peg and hopefully an angle that’s not been done before. Since I cover politics right now, I’m quite interested in subjects like human rights, poverty and development, and foreign policy.

If you could interview anyone in the world, who would it be?

Kim Jong Un - and what an absolute scoop that would be! He’s quite an interesting character, and I’d love the chance to pick his brain and ask him some tough questions, instead of just pre-approved softball ones.

What is the biggest takeaway / advice that you’d like to impart to young and aspiring journalists?

Read, read, and read some more. Look for the kind of writing that you like best in books, magazines, or newspapers, and develop your own style. Find your own unique voice. Keep experimenting, ask for honest critique, and trust your instincts.

Which superpower would you want to obtain?

Invisibility. I’m pretty sure the ethics of a journalist using invisible powers on the job would be dubious at best. But imagine the kind of reporting that could lead to - all the world’s secrets, all the ways to hold the powerful to account. 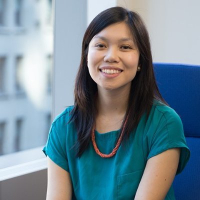