You've held previous roles in both the media and not-for-profit sectors. What key learnings are you implementing in your new role as Editor?
Having worked on the front line for several not-for-profits and volunteered for decades, in addition to my more extensive career in journalism, I would hope that I bring the best of both worlds to this role. Also, the ability to interrogate the major issues facing the for-purpose sector, but with the benefit of context and insight.

Who's reading Pro Bono Australia?
We have the most fantastic, diverse readership from across the for-purpose sector. From charities and not-for-profits, to social enterprise and B Corps, sustainability professionals, politicians and policy developers, as well as people whose interests lie anywhere between these varying areas. Our audience is super engaged.

Are there any key issues or topics you are keeping an eye on for the rest of the year?
We'll be doing full coverage of October's Federal Budget and the Victorian election later in the year. We're eager to see who will be made head of the Australian Charities and Not-for-profits Commission and the work that's being done by the new Charities Minister, Andrew Leigh, whose target is to double philanthropic giving by 2030. We're also really focused on frontline work and groundbreaking ways of doing business for good.

What are some misconceptions about the not-for-profit sector that you'd like to clear up?
It's not all blankets and hot cups of tea. This is a data-driven, sophisticated sector, which also has the best interests of our community at heart and they deserve far more support than they get - both from the government and the population overall - facing innumerable challenges, though at least some of these have been addressed with May's change in federal government.

Pitching to Pro Bono Australia - what advice do you have for media professionals who want to put forward potential story ideas?
The first question I'm going to ask you is "Why is this of interest to my audience?". You might be excited by it, but are they? Everything is about serving our audience and ensuring they have all the news and insights they need to operate at the highest possible level within their respective fields.

Any editorial deadlines to be aware of?
We publish every day of the week but our newsletter editions go out on Tuesdays and Thursdays.

You're filling in as Editor at Pro Bono Australia until Wendy Williams returns in 2023. What's next on the cards for you?
After handing back the editorship to Wendy (one of the best in the biz, I should add), I'll be taking a month or two off from April to launch my book, Hard To Bear, which is being published by Ultimo Press. And then I'll be on the hunt for my next challenge! 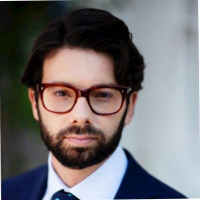 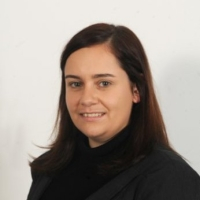 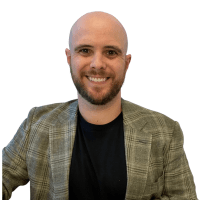