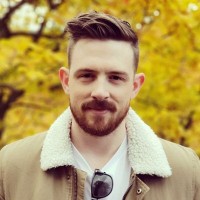 Describe a day in the life of Jackson Ryan, Science Editor at CNET.
I get up quite early, waltz down to the local café in the inner west of Sydney and talk nonsense with a barista while I wait for a coffee. Then, it's back to my desk at home, knuckles cracked and straight into it.

Do you have a most memorable story you’ve worked on to date?
​Definitely - my recent series of stories from Antarctica are the most memorable. Not just because they're recent but because I spent 40 days on a ship in the Southern Ocean and a few days on the continent, I could really dig into the science and the stories in a way that has not been possible during the pandemic.

There's a really special power that translates to the page when you're actually where the action is. It's not something that's always achievable in science journalism but I think it's so important.

It’s World Space Week and space and planetary science are part of your area of expertise. What is it about this field that interests you?
Space and planetary science stories are some of the most well-read stories on CNET. I think that's because they generally inspire a sense of wonder and awe. We (humans, I mean) are so infinitely interested in what's going on above our heads and out in the places we will never reach. Each discovery or mission really unites us, for a brief moment.

What interests me is how we achieve some of these grand challenges we've set for ourselves, like returning people to the Moon or getting to Mars. Should we even bother going? I like those curly questions.

The theme for World Space Week this year is space and sustainability. Does CNET’s content cover the challenges of keeping the space environment safe and sustainable?
Yes, absolutely. We've been writing about this for many years. In 2020, I published a long piece titled "Space Has Become a Junkyard, and It's Getting Worse" and we continue to write about issues with SpaceX satellites, deliberate destruction in orbit and the problems we might face as we clutter the skies.

CNET, as one of the leading tech websites in the world, has a particular focus on the future. It increasingly feels like our future in space could be in jeopardy because of our desire to have internet in the middle of the ocean.

Are there any advancements for science in space you are most looking forward to or keeping an eye on?
The coolest missions around the corner are NASA's plans to visit the asteroid Psyche, whether or not Artemis will ever get off the ground and the mission to Phobos, one of Mars' moons, by the Japanese Space Agency.

Science can often be a tough subject to explain, especially to those who aren't familiar with it. How do you make your content digestible for the average person?
A great question and I think it's different for everyone. There are two things I adhere to in science writing: conveying uncertainty and having the courage to digress. The former just means I always ensure the reader goes away from a story understanding what's changed and what we still have to discover.

The second is that I think the average person is way more knowledgeable than we give them credit for, so you can absolutely digress into the scientific aspects of a story, as long as you help them along with clever anecdotes, metaphors and other writing tricks. And like, for pete's sake... make it interesting! Then you're on your way to digestibility.

What would your ideal story pitch from a PR look like?
If you're pitching a story to me, you should understand exactly what I write and how I write it. I'm interested in human, narrative-driven work that makes an impact. If you're just pitching a bulk standard release that's going out to 500 different people, it's probably not going to spend much time rattling around in my brain. But if you tell me that X scientist has been working on a fandangled new device from their basement for 10 years, I'm definitely more likely to be interested. I like to see that the pitch has thought about how a story would look and what would make that story interesting.

Do you have any editorial deadlines that people should know about?
CNET is one of the best places to work because we have such a high level of flexibility in how and when we deliver stories so, editorial deadlines aren't really a big thing, especially in science. I guess the one thing I am extremely conscious of is hitting embargoed science deadlines, so if I come calling.... please respond. 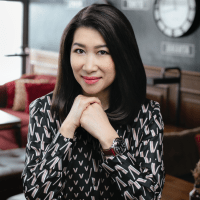 Shannon Hartono has been in the watch industry for almost 20 years. She shared with Telum about her career to date, advice for novice collectors and the timepiece industry in Indonesia. 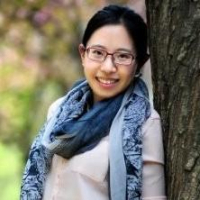