The Canberra Times re-established its Press Gallery bureau / team last June. Are the team covering federal politics for a Canberra audience, or do they have a wider audience in mind?
Our political team is a key voice for Canberra certainly, but also for our broader company, Australian Community Media (ACM). Throughout COVID-19, our team has been covering policy responses that have informed an audience of across print and digital of about 8.4 million people from every state and territory. Our combined federal politics and public service team is made up of some of our key reporting talent. We're currently recruiting into this team, for a Chief Political Correspondent and a Public Sector Specialist.

But yes, we do approach our federal coverage with a Canberra audience in mind and bring a "public sector lens" to our work. That could mean breaking a story that affects tens of thousands of employees in a big department, or going with the political story of the day but giving more detail to our readers about how a policy might be implemented, that sort of thing.

Are there other areas of editorial focus for The Canberra Times team that really resonate with subscribers and readers?
While we have a particular focus on the Australian Public Service, for the sheer reasons that so many Canberrans are directly or indirectly involved with it, our audience is also, like any other, interested in the things that affect their lives. So we report closely on ACT local politics, committing significant resources to that round, as well as areas like education, health and of course, crime and courts.

The Canberra Times introduced digital subscriptions about 12 months ago now. How has that been going and can you talk us through the successes and challenges?
We were about the last major newspaper in Australia to introduce subscriptions and so we had a sense that our audience was ready and willing to support us. That said, it was nervous the first morning when the paywall went up. Happily though, we were rewarded with immediate support from our readers, which has continued on throughout the first year. I hope we're building a closer relationship with our subscribers, through things like a subs-only Facebook group, newsletters and newsroom tours we've hosted. The challenges come around recalibrating how you measure success. While page views remain an important metric, the subscriber-only story that generates new subscribers is now the big goal for the reporter.

COVID-19 is obviously still impacting people, but how is The Canberra Times reporting on and covering the bushfire recovery story for its readers?
The fires hit our region, and the south coast where Canberrans love to visit, incredibly hard. We had to cover this huge story well for our Canberra audience, but we were also able to help support other ACM newsrooms in the fire-affected areas. Many of them had staff directly affected by the fires so the collaboration between those local staff, working in incredibly trying situations, and our teams on the road, ensured we had high quality coverage of the fires for months on end.

But the recovery process after the fires is slow and we have an obligation to stick with communities during that time. We launched a hugely successful fundraising series of prints by our Cartoonist David Pope called The Coast is Calling, which has raised tens of thousands of dollars for coast recovery projects and, if it weren't for COVID-19, would've helped support an immediate tourism push back to the coast.

This week we were back in one of the hardest-hit spots, talking with the people we featured just after the fires. We'll keep in touch with these stories for a long time to come.

Canberra is often known for its politics, but what are some aspects of the city that the rest of Australia may not know of?
I'm a homegrown Canberran, so I'm biased. The lifestyle here is second to none, and during the coronavirus lockdown we all appreciated the open spaces around us more than ever before. While other states were fining people for sitting on a park bench having a kebab, in Canberra we had the luxury of spending time out and about without compromising restriction goals. The only real imposition on that front was we had to walk clockwise around the lake... On the rare occasions I get out these days, there's a huge range of quality spots to eat. And a couple of Australia's best craft breweries are nice and close to home, which appeals to me after a big week.

What are the key issues facing Canberrans that people from outside of the ACT may not know about?
Mostly it's the normal issues most cities face; public transport issues (including big-city controversy of trams), hospital waiting times, housing affordability, that sort of thing. But for plenty of Canberrans, their daily work is very outward looking and, for example, tens of thousands have been working hard to provide the expertise to and implement the government's response to COVID-19. I think that outward looking approach is typical of the city, in large part also because so many Canberrans came here from somewhere else. We try to reflect our strong audience interest in local, national and international affairs.

A number of journalists fly in and fly out of Canberra during sitting weeks. What benefits are there to being based in the city year-round?
Getting to experience Canberra as a local means you escape the immediate suburbs around parliament. If there's a Canberra Bubble, it's where the fly-in, fly-out pollies spend their time. If you live here year-round, you get to appreciate the high quality of life in every part of the city, and the easy pace throughout four distinct seasons. As a journalist, when you stay here year-round you understand that this is a place where most people live ordinary lives, just like the rest of the country. 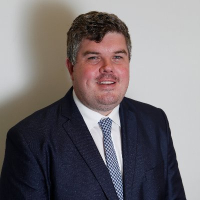 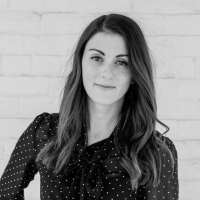 Natalia Gagliardi takes on a new title at CALLIE 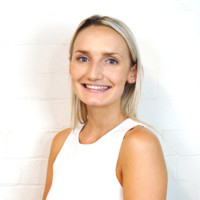