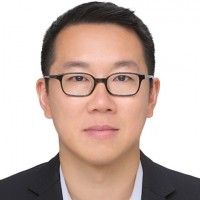 After nearly a decade, Jonathan Cheng has recently returned to Greater China, landing his new role as the China Bureau Chief at The Wall Street Journal. He joined the Journal 14 years ago and is now exploring Beijing, a city which is new to him.

You recently moved from Seoul to Beijing for The Wall Street Journal. What does an average day at the Beijing bureau look like?
My routine isn’t all that different from my previous postings in Asia: wake up early to catch up on the overnight news, then spend the rest of the morning clearing out my inbox and jumping on our regional news call. If there’s a breaking story, we’re doing our best to crank out stories for our late US print deadlines. Lunch will be with one of my team members or someone in the wider world, while the afternoon and evening are usually when things get busy in terms of finishing off whatever it is we’re working on. After dinner is when New York wakes up again, and there’s often a phone call or two with headquarters to make sure we’re coordinated.

After nearly a decade, how do you feel coming back to Greater China to work? What are you expecting in this upcoming journey?
It’s a big challenge coming to Beijing. Not only is it a much bigger bureau than Seoul (about five times as big), it’s also the first time I’ve been a resident journalist in mainland China. I feel like my years in Hong Kong and Seoul put me on the edge of the China story, and that in some ways I’m only now really starting to tackle it head-on. Obviously, China and its relationship with Hong Kong and the world have changed dramatically since I left Hong Kong a decade ago, and I expect that things are going to be as busy for me here as they were when I was in Seoul following the US-North Korea showdown (and subsequent pivot to diplomacy).

You hold a degree in history. How did your knowledge contribute to coverage?
I’ve always felt that history and journalism are one and the same. History is the lens through which we see the things that are happening now, whether we’re talking about our own personal history and experiences over the past decade or two or three, or whether we’re talking about centuries and dynasties. This is also probably true to some degree everywhere, but in Asia, it feels like history is very much present in everything that we cover; it’s impossible to understand how Japan relates to Korea, or China with the West, unless you have a sense of the history. Of course, it’s the varying interpretations of history that give these relationships their tension and conflict, but nobody in Asia would dispute that history itself is very much alive in this part of the world.

Any difference in news coverage / people’s concern between Korea and China?
The Korea news flow for us and many in the Western media tends to be focused overwhelmingly on North Korea, whereas in China the concerns are more multifaceted. That’s a reflection of the fact that there, of course, many more people in China, and a much larger economy here, with geopolitical tensions involving not only North Korea, but all of its neighbors.

What kind of stories are most attractive to you?
Obviously, the bigger the story, the more a journalist wants to have a part in it. But I’ve always had a soft spot for the A-hed, The WSJ daily front-page article that can be described vaguely as the quirky news column. It’s a bit of fresh air on a front page that is usually consumed with weightier and more divisive issues, and there’s definitely an artform to getting the A-hed right that I’ve been spending my entire career trying to perfect. But whenever anyone asks me what stories I’m proudest of, it’s invariably the A-hed that I point to.

For a lighter note, you speak English, Chinese, French and Korean, how did you pick up these languages?
English because I grew up in Canada. French because I grew up in Canada, and started learning it in school from the age of six. Cantonese because my family is from Hong Kong, Mandarin because I went all-in on the language after high school, and Korean because I’ve always had a lot of ethnically Korean friends around me that piqued my interest, got me learning the language and then eventually led to my move to Seoul. But I will say this: Korean is definitely the toughest of the lot. 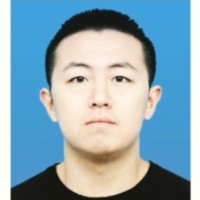 Pooky Lee turns the energy into his studio ExhibitingFashion.org while contributing feature planning to media on a freelance basis. From his view, writing and curation are complementary for a boarder narrative in the cultural, social and human context. 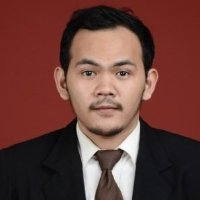