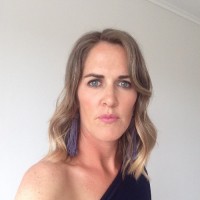 You first joined Newshub in 2007. How have you seen the company evolve since then?
Gosh, it's more than evolved, it's been on a rollercoaster ride! There have been highs and lows, but we are in a great place, backed by an incredible, well-resourced international company (Warner Bros. Discovery) that understands television and is invested in New Zealand and in Newshub. The news cycle has also changed immensely in my time here - we're certainly busier these days, with many more shows and deadlines.

You are based in the Christchurch newsroom. Can you give us some insight into how your local team collaborate and file stories with the wider network?
We have great IT systems that talk to each other all over the country, as do the staff. All our bulletin producers are in Auckland so we are in constant communication with them, the other reporters, camera operators, and editors around the country, depending on what we need for our story on any given day.

Often a story of mine for a 6pm bulletin will have input from all our bureaux. We publish our stories to the bulletins from our edit suites in Christchurch, and they can be on-air seconds later or live. We do a lot of live work in the field too. The collaboration works well. I also really enjoy working in other bureaux from time to time to see the people we talk to often face-to-face.

Do you have a most memorable story you’ve covered to date?
It would have to be the March 2019 mosque massacres where 51 people died at the hands of a terrorist - a tragedy on a scale I never thought I'd see in Christchurch. We worked around the clock for weeks and weeks from that day forward. The 2010 / 2011 Christchurch earthquakes also loom large in my mind. That story impacted us in our personal lives while we were trying to cover it in our professional life.

Another is the David Bain retrial - the trial of a man who had been imprisoned for 13 years for killing all five members of his family. He was found not guilty at the retrial. I'd covered many big court cases but this was surprising and historic for New Zealand.

How often do you work with PRs in your role?
I engage with PRs in some way, shape or form every week.

As a television journalist, are there any dos and don’ts for someone pitching a story with visual content?
It's much easier to get a story over the line if it has a strong visual element. I love doing a strong picture story and they can often be compelling TV even if the news angle is weaker than it could be. Think about the angle and pictures, and if the two marry up, there should be a good hit rate.

I get hundreds of stories pitched to me that I can tell are blanket pitches across all media. It's extremely rare they get across the line. It's much better to target specific journalists or outlets for specific stories where possible. Also, hit the phone. Emails get lost, phone calls are far harder to ignore.

You recently published some advice to PRs looking to engage with journalists to "go the old-fashioned route" and get on the phone. Can you explain what you mean and why a phone call might resonate more with journalists than a standard email pitch?
I get hundreds of emails every week, many I don't even read past the first line. Some I delete without opening. A phone call is much harder to ignore. Ring the journalist and keep ringing back. Follow up with an email and then ring again. Persistence pays off sometimes, just not via email.

If you have a full inbox, what's going to make you open something?
A tailored email to me or our newsroom explaining why it would be of specific interest to us...but again, a better hit rate to call first.

What is your number one tip for PRs wanting to maintain a relationship with journalists?
Be researched on who and where you are contacting, be thorough, be realistic, and stay in touch! I have some great relationships with PRs and get some great stories from them. 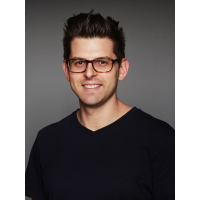