“Apart from my silly but simple idea to 'spread the message', I hope to dedicate myself to animals' well-being.” Kate Chu, the Chief Editor at Wuo Wuo, shares with Telum its plans after moving digital, and how media content bring changes in real life.

Compared with other advocacy media, what’s different about Wuo Wuo’s daily routine?
Our daily work as journalists does not differ much from other media. We are just lucky to have animals around in every part of our works. We usually work on something related to animals: discussing which endangered species would be our next topic; visiting zoos or shelters to learn about the lives of animals; racking our brains all day to come up with compelling and interesting stories to make it easier for the public to understand the issues such as where our pork comes from and the living conditions of the pigs. We strive to let the public know more about animal welfare and helping people find a way to live in harmony with animals.

Could you tell us how you joined Wuo Wuo?
I am an animal lover, always looking for answers. I often find that people intentionally or unconsciously deprive animals of their fundamental rights. For example, the number of slaughtered livestock animals in the U.S. tops 10 billion a year. American food writer Mark Bittman talked about overconsumption of meat and industrial livestock production at TED Talk in 2008, which left a deep impression on me. Of course, some people eat meat to survive. But the real question is that, do we need to eat this much? Do people know that overconsumption of meat is also one of the culprits of climate change? How many people will act on their knowledge and their habits for the sake of animal welfare and the global environment? These thoughts motivated me to join Wuo Wuo. Apart from my silly but simple idea to “spread the message,” I hope to delicate my life to animals' well-being." My passion for animals is what drives me to keep moving forward.

How do you think you can combine content creation and caring for animals to bring changes?
Wuo Wuo held a series of fundraising campaigns in recent years where we combined advocacy and content creation. They included raising funds for wildlife rescue in 2018, promoting public participation in chicken coops construction in 2019 settling the conflict between poultry farmers and leopard cats, and this year’s “Save Datan Algal Reef” petition and crowdfunding event. We used relevant content to promote our campaign objectives, hoping to bring changes. At the end of 2020, we published the “Say goodbye to the reef before generating electricity?”. Later we initiated fundraising and joint signature campaigns in partnership with an environmental organisation. We aimed at educating the public about protecting algal reef by moving electricity generation facilities away from their habitats.

We do not specify which organisations we want to work with. It usually depends on the context of collaboration and the animal issues involved. So, if you have good ideas, feel free to reach out to us!

What's the plan with Wuo Wuo going digital?
After releasing the 21st issue of our print magazine Wuo Bow, we started the Paid Subscription Programme focusing more on digital production and digital storytelling formats. We also launched “Why feeding strays is discouraged?” project at the end of last year. It was the first time we illustrated our campaign via a dynamic web page and polling. We hope to attract more readers to subscribe to us by producing different content from articles and videos to animations and mini-games. One of our top priorities is to uncover the adverse living conditions suffered by various animals, be they companion, experimental, captive animals, livestock or wildlife.

Can you share with us your memorable experiences and challenges you have encountered?
Visiting a wildlife shelter has probably been the most unforgettable experience so far for me. Animals rescued from abandonment and trafficking can end up in wild animals shelter, and what they have in common is their irreversible injuries brought to them. For example, there are no Taiwanese macaques without physical injuries in the Pingtung Rescue Centre of National Pingtung University of Science and Technology. Many have had their limbs broken because they had been abused or accidentally hurt by traps. Some of them have lost the ability to survive independently in the wild even after treatment.Black Pi and Black Niu are a pair of Formosan black bears housed at Low Altitude Experimental Station of Endemic Species Research Institute. They were raised in iron cages when they were young, which is against their nature and self-harming is common. They now receive animal behaviour training at the station in the hope to alleviate their behavioural problems as much as possible. When I step into a wildlife shelter every time, I always see countless animals that people have abused. Still, in the meantime, I can also feel the selfless love given by researchers, caregivers, or volunteers. With limited resources, they try their best to treat those animals who can’t return to nature any time soon.

How is Taiwan doing in terms of animal protection?
Public awareness around animal welfare or protection has increased significantly over the years, but there is still room for improvement. While members of the public pay more attention to pet trading or stray animals nowadays, more has to be done to educate them about our reliance on nature and how animals’ well-being can impact our lives. For example, animals have been used to test drugs for humans. The health of the environment also depends on the existence of wild animals. There are no shortcuts to success. It is of paramount importance to make sure we can co-exist with nature harmoniously. Feel free to subscribe to and read our reports to learn more.

Telum Webinar Recap: "The death of cookies: are your brands ready?" 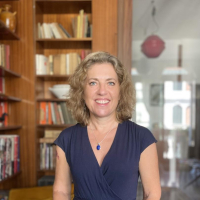 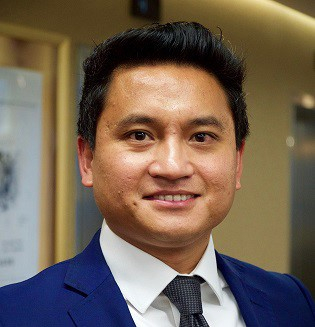 Wilson Del Socorro has a new appointment at Diageo