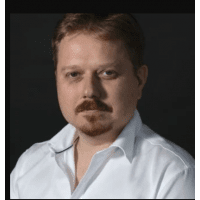 Huge Congratulations on winning Digiday 2022’s Video Executive of the Year Award. What does the award mean to you?
It’s an enormous honour to be recognised with an award like this. Especially as Digiday is an international competition with some of the best in the business rubbing shoulders in the various categories. To me though, video is a team game and you are only as good as the people who you work with. I’m fortunate to have been able to assemble a really first class group of people who go the extra mile every day to put together the stories you can watch on South China Morning Post’s various video distribution channels. While the award is nice, it’s much more important to recognise the work they have done to raise up SCMP video from almost nowhere five years ago, to a genuinely important player in the international digital video scene that inspires a worldwide audience.

I’m more excited by our team achievements than the personal awards. At Digiday this year, we won ‘Best Video strategy’ and ‘Best use of YouTube’. SCMP Films, our premium video brand which focuses on featuring character-driven narratives, also won ‘Best Facebook Watch series’. The recognition from these honours shows the impact on viewers our content has had as we continue to tell fascinating stories about amazing people from Hong Kong, mainland China and across the Asia-Pacific region.

Please share with us more about the South China Morning Post's Video Team and your role as well.
SCMP successfully reflects our newspaper's character in our video content. To back up high-quality journalism, SCMP believes videos help audiences gain a deeper context as a powerful storytelling tool. It is very important to us that our video offering mirrors our publication - SCMP has a history of excellence in China and Southeast Asia reporting, so that is what you will see in our video offering as well.

My role at SCMP is to set the strategy, tone and agenda for the team and then make sure they are supported and have all the assets they need to produce the best video possible.

There are 25 of us, mostly based in Hong Kong but with a few spread out in Beijing, Shanghai and New York. We’re split into a number of teams with different priorities. We have an original content production team, daily news teams, a studio unit, motion graphics designers, a copyediting desk and podcasting producers. Our Executive Producer, Chieu Luu, leads our original content team and his video journalists find news and features stories across Hong Kong and China. We shoot them in an engaging and cinematic style and craft them into compelling video packages that offer different perspectives than you might see anywhere else.

Our daily news crew is split into three teams that cover us around the clock so we can react to breaking news events in a timely manner and keep on top of the latest stories from around the world.

We have a three camera studio in our Hong Kong offices in Times Square. Our production team there focuses on interviews, opinion pieces and explainers that cover everything from China’s ageing population crisis to Hong Kong’s election system.

The video team isn’t just video though. We also produce two weekly podcasts that harness the expertise of SCMP journalists from around the globe to go deeper into the trends, issues and latest news from Mainland China, breaking down how Beijing interacts with its people and the rest of the world.

What topics are the team most interested in covering?
At the South China Morning Post our mission is to lead the global conversation on China while maintaining our position as the newspaper of record in Hong Kong. So in the video team we’re always looking for interesting visual stories that speak to this purpose. For video, we know that to play to the strength of the medium means finding stories with strong, compelling people with an emotional or original hook.

Character based narratives are the stories that we like the best where we can find someone who can reveal insights into a place, perspective or issue by the actions in their daily lives. More than anything else, we like people to tell their own stories and if you watch our original content you can see our commitment to focus on this type of storytelling.

Any tips for PR professionals when they make a pitch to you?
Make your pitch about people. If there are no characters to lead us through the story, that’s a hard sell for us. The closer those people are to the actual sharp end of the story the better. It’s also really useful to show us what you’re excited about. Show us a video clip which introduces us to what you’re trying to get us interested in, even if it’s short.

It’s really important to let us know what access we’ll get. It saves frustration down the line if we know exactly the kind of material we’d be able to shoot and which interviews we could conduct. We always like to shoot things ourselves, but if that's impossible, try to provide us with good clean, unedited broll with no graphics, sound effects or music. News publishers can’t do much with slickly produced corporate video which has its own uses, but doesn’t help much when you’re trying to put together a news story.

A day in the life of… RN Breakfast