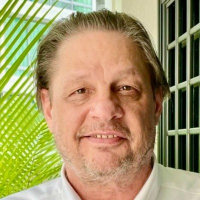 Tell us briefly about your role at Asian Aviation and Asia Pacific Defence Reporter and how do you juggle both roles that are very different?
I’m the Editor of Asian Aviation Magazine, which covers the commercial aviation business and I edit the website for Asia Pacific Defence Reporter, which obviously covers the defence industry in Asia, but we also cover the rest of the world as well to a certain extent. I handle social media for both publications as well, produce podcasts and videos, pretty much everything that needs to be done. The roles really aren’t that different. It’s knowing what news is and what the readers want and I’ve been ‘committing journalism’ for almost 40 years and have worked hard to keep up since the first browser came out around 1995. You need to keep your skills up. I started when it was enough to just be a Reporter and have a pad and a pen but now I can write the story, take the photo, edit the website, produce a podcast or video and build an audience on social media. It’s a new world for the media business. I also manage a group of freelance contributors that are based all over the world from India to Australia to the UK, Taiwan, and Japan.

Out of so many beats in journalism, what made you pick aviation and defence?
Truth be told aviation and defence picked me. I came to Singapore from Hong Kong where I worked for the International Herald Tribune / New York Times. In Singapore, I worked for Reuters and left because I wanted to set up my own company, which I did, called Wildcat Productions. The publisher of Asian Aviation was my first and remains my main client and I have to say it’s been a blast. I’ve been a Business Reporter most of my career and these are industries that have very interesting sides to cover… there’s money, billions of dollars, very cool technology on both the civilian and military sides, outsized personalities, and there’s no shortage of things happening that always make news. That’s not to say I don’t have other interests. I love producing videos and spending weekends making sure the music fits the film, I spend a lot of time trying to increase my skills on things like InDesign, Final Cut Pro X, etc., and right now I’m dog-sitting a 100-pound Golden Retriever for a friend who had to leave Singapore so I’m pretty busy.

How do you go about sourcing credible content, leads and scoops to write about and eventually publish in these two very niche, trade publications?
The same way everyone else does. It’s not rocket science. It’s making the phone calls, doing the rounds at the trade shows, at least it was before COVID-19, and building trust and relationships with people in the industries.

Defence is a very sensitive topic, even linked to a country’s sovereignty. Any guidelines you follow to cover this subject?
Not really. Most of the people you deal with in defence know where the boundaries are on what they can talk about and what they cannot talk about. Most of the time, by the time we’re able to report on new developments like AI-enabled drones like the Boeing Loyal Wingman, those projects are out of the classified / black budget arena and the companies want to talk about them so they can get governments to open their pocketbooks.

While writing about the pandemic and how it affects the industry here is the most natural thing to do now, how do you balance it with other stories so that readers do not get fatigued by the content?
That’s a tough nut to crack because COVID-19 has taken over the world’s news cycle, not just in aviation, but in just about everything else. I did manage to avoid it a bit when I did a recent “In Conversation” video with a Honeywell VP where we talked about drones and the company’s new Unmanned Aerial Systems division. The “In Conversation” video series is something I’ve been doing at Asian Aviation so people can hear and see the people we talk to all the time. It’s turned out to be very popular with readers / viewers.

With the aviation industry getting affected by the pandemic and the onslaught of war between China and India, there has been many negative points in 2020. How do you think these will play a part in the defence and aviation industries in 2021 and beyond?
Well, war has not really broken out between China and India. They had a skirmish with some people killed and that’s serious enough, but calmer heads appear to have prevailed and both sides took a step back. Having said that, on the defence side of the equation, there is a lot of room for mistakes to be made in the South China Sea between China and the US or other countries like Japan or the Philippines. Both sides, China and the US, have been conducting exercises there and with the US taking a harder line on China there is very much a chance that someone will overreact or make a mistake and that could lead to serious problems. In commercial aviation, it depends on the virus. If we continue to see surging cases like we are in the US and South America, then it’s going to remain a challenge for countries to drop their quarantines and allow air travel to pick back up. The consensus is that countries with large domestic networks will see a return to flying faster than those without such networks. We’ve seen that in China, Japan, South Korea, Vietnam and some other places. So-called “travel bubbles” or “corridors” are also popping up between various countries, but there are still a lot of challenges with those because of testing requirements and other hurdles that people have to go through. Commercial aviation is trying to figure out what the “new normal” will be and most agree that airlines will consolidate, or fail, airlines will be smaller, the passenger experience will not be fun with masks, face shields, things like that, and while initially it might be cheap to fly, those tickets will go up in price if governments decide to do things like mandate “no middle seat” on planes. OEMs like Boeing and Airbus will sell fewer planes, maintenance, repair and overhaul companies, which have already been under pressure, will also consolidate, which has been happening already. It will just happen faster.

What type of aircraft (military or commercial) would you say describes you and why?
I would say the C-47 Dakota/DC-3 that flew back in WWII and still flies today in many parts of the world. It’s an old aircraft that was way overbuilt but that helped it stay alive through to today. It helped win the war then and despite its age, like me, it has picked up new uses and skills that allow it to keep flying. I have a model of one in my home office / studio painted in D-Day markings. It may not be the prettiest plane in the world, but it worked then and works now and is a solid performer. 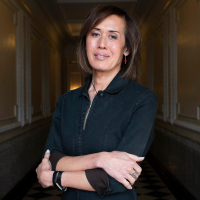 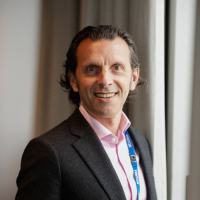 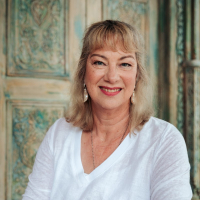