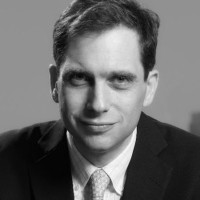 Telum sat down with Phil Lisio to hear about his journey from advising Lenovo to founding The Foote Group and his insights and advice for foreign brands looking to break into Mainland China as well as Chinese companies aiming to go global.

Global computing giant IBM announced the selling of its personal computer business to Mainland Chinese computer maker Lenovo in Dec 2004 for 1.75 billion USD. At the time, it was one of the biggest foreign acquisitions ever by a Chinese company, and Phil Lisio, who had just arrived at Ogilvy Beijing, took part in this landmark deal. Fast forward to 2015, a decade after coming to Mainland China, Phil founded The Foote Group.

The Foote Group came about after Phil felt the need for an independent player with a unique focus in corp comms in Mainland China. The firm’s founding principle is to be purely focused on Mainland Chinese companies going global and international companies expanding into the country. Since 2015, the media and PR landscapes in the region may have changed rapidly, but The Foote Group’s strategic core has remained unchanged - clear value proposition, messages and audiences to drive companies in their desired direction.

Breaking into the Mainland Chinese market
Despite the constantly changing Mainland Chinese media landscape, Phil believes that given the vast number of media in very specific vertical areas, there remains an accessible market for foreign companies to establish their narratives there. That said, there are a lot of complexities in this landscape, especially with the rise of self-media and KOLs.

When asked for tips for foreign companies looking to build a presence in the region, Phil spoke from experience. Education must first take place to ease a company or brand into an unfamiliar culture. “Know your key audiences,” he emphasised, “between distributors, customers, regulators and potential partners. Establish a digital-first strategy to stay in close contact with these key groups. It takes time to build these relationships, so start your WeChat strategy early. That’s the foundational step.”

Chinese companies going global
To Phil, Lenovo’s acquisition in 2004 was a huge indication that from there, Chinese companies would only continue to go global. At the time, Chinese corporate stories were of enormous interest to international media outlets. It is different nowadays, he said, and it’s especially hard for SMEs to land major foreign coverage.

Phil’s advice? Identify and be specific about who you want to reach. Companies must think about being more vertically focused and strategic about their goals and how comms can help translate key messages to audiences. Chinese companies should also understand that, compared to the relatively quick and easy media gratification in Mainland China, it takes more time to establish a presence in the West.

Difficult as that all may sound, especially with changing tech regulations and data export rules, Chinese tech companies are at the forefront to take on the world stage. As success stories from Lenovo to Xiaomi, Bytedance and DJI show, there is a great appetite in Western media for innovative brand stories. Phil feels that there’s an even greater interest to know about the founders and the philosophy and vision behind these Chinese brands than is currently being satisfied. He believes that more corp comms effort, namely CEO profile building and reputation management, must be made.

Being client-centric and cross-cultural
At the end of it all, Phil’s principle is to remain client-focused, which means doing away with many of the bureaucracies that bigger firms face. To further understand and support clients the way Phil envisioned, it is crucial to have a "cross-cultural acumen". He said the key is having a culturally diverse team with a mix of perspectives to help guide clients to a successful comms strategy. With such a team and continuous practice in working through cross-cultural situations, The Foote Group manages to guide clients on a proven path. 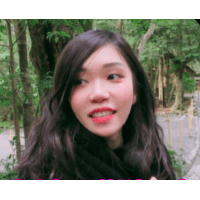 Peas Lin is now Editor-in-Chief at One Day Magazine 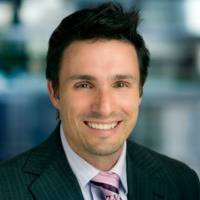 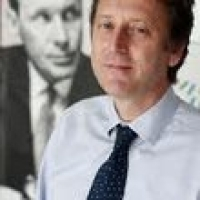