Huge congratulations to CommonWealth Magazine for winning multiple SOPA awards this year! What does this mean to you and your team?

This year, CommonWealth Magazine won four SOPA awards. We had won more gongs before, but it is the first time that the awards went to so many departments and reporters, ranging from video reporting and post-production to multimedia and the pre-production teams. As with previous years our innovative infographics entries won accolades, but this time our cover design was also recognised after being nominated four times. I am very happy to be able to work with this innovative team after returning to the magazine last year, work together with them to push boundaries in our news presentation.

Can you tell us more about the award-winning project: “Why did the Taroko Express crash”?

After the major accident that saddened many during the Tomb Sweeping long holidays last year, the company urgently assigned me and my team to look into Taiwan Railways. CommonWealth Magazine subsequently promised its readers there will be at least one related story published each quarter to keep them abreast of the reforms of the island’s state-run railway system. We specifically decided to tell the true story of what happened through an interactive presentation that is abundant with visual elements, and the whole presentation was based on the official report released by the Taiwan Transportation Safety Board, an independent investigation organisation.

During the production, there were multiple challenges. First, the team were working from home during the first wave of the Covid outbreak in Taiwan. One of our visual engineers in the team did not even have enough equipment to work with after being put in a quarantine hotel! Therefore, a lot of discussions were conducted online. In addition, we had to be particularly sensitive about our design, especially with how we presented the tragic incident. We did not want to cause any more harm to the survivors and the victim’s families. For example, when we worked on the 3D animation, we deliberately avoided showing the moment when the accident happened. We opted for a more neutral colour tone as well.

Could you share with us the editorial output and strategies of CommonWealth Magazine in a broader sense?

The CommonWealth Magazine is a financial media outlet in a broad sense, covering topics ranging from economics, technology, politics, international news, sustainability, and finance to industry news. The magazine has also moved a lot of our news coverage online, so we are not constrained by the traditional publication cycles. We have adopted a “digital first” strategy with daily updates and in-depth news analysis published on our online platforms.

What is the typical day of work like as Managing Editor of CommonWealth Magazine?

In addition to leading a four-person digital storytelling team, I am also in charge of the magazine’s China coverage, leading our teams that produce content for the “Decoding China” and “Beyond Beijing” sections, covering both news and commentary.

As for the daily routine of our editorial team, we have a weekly editorial meeting, where reporters pitch and discuss the topics. The digital storytelling team I am in includes designers, engineers, reporters and project managers. We pay particular attention to digital innovation and data-heavy news. We want our team to work as collaboratively as possible – we do a 10-minute stand-up every day at noon, where each of us briefs each other on their work priorities of the day and talks about tasks that require coordination. We are not that much of a traditional newsroom.

How would you like PR agencies and companies to communicate with you?

For the digital storytelling team, we always need to read lots of research reports and data analyses. Also, we cover a variety of topics, including but not limited to macroeconomics, markets and finance, international politics and climate change. We welcome pitches from both in-house PRs and agencies. For our China coverage, I specifically want to see first-hand research reports or exclusive interview opportunities with scholars or experts.

Inflation, the future of China’s economy and global recession. 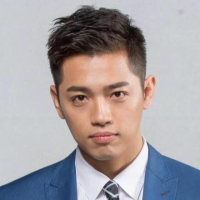 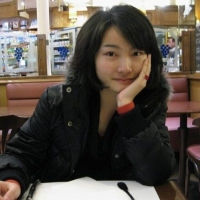 Update from Amanda Wang at Bloomberg 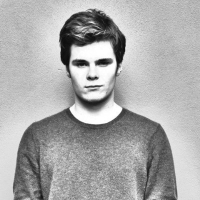