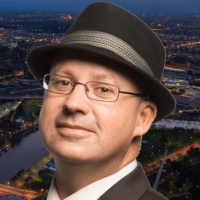 Telum Talks To... Simon Owens, Presenter at 3AW's Remember When

You have worked in radio at 3AW for 25 years, over a variety of programmes. What are the key changes in radio production that have occurred over that time?
Reel to reels, chinagraph pencils, bulk tape erasers and razor blades were the tools of the trade when I started. Although that sounds like the 1970s, it was still in use in 1995. Most audio was still being played off cartridges. Our computers for communication between the producers and announcers were bulky screens with green text.

To lift some audio from a show to send to a client involved a massive reel to reel that recorded 24 hours on the one tape, patching the machine through to the cart room using patch cords, dubbing it onto a cassette, typing up a label to stick on that cassette and then handing it to the sales rep. It is a very different world now.

How have your audiences shifted over that time?
When Bruce Mansfield and Philip Brady took over Remember When in 1990, they fondly remembered singers like Doris Day and Perry Como. Nostalgic movies pretty much involved anything by Alfred Hitchcock, or The Sound of Music. TV shows were My Three Sons, and Leave it to Beaver.

Now, nostalgia for my audience is Cyndi Lauper and George Michael, or movies like Die Hard, Star Wars, and Raiders of the Lost Ark. So myself being 48, presenting Remember When with Philip Brady who is 81, we cast the net very wide now. There is something for everyone. We try to retain Philip's audience but encourage my audience to come along for a ride.

What are some highlights from your career?
I once interviewed John Cleese and asked him a question to which he replied, "That's a very, very good question" before giving his answer.  I have no idea what that answer was because I was too busy fist-pumping and dancing around the studio, excited by the fact that a man whose work I adore thought I asked a good question.

Once, when producing Ernie Sigley's programme, a caller asked about a song by English singer Max Bygraves. Ernie loved Max Bygraves and had spoken to him many times during his career at Radio Luxembourg.  Although we didn't have the song, Ernie really wanted to play it. Ernie was unaware that Max had retired to Australia and was in a retirement village in Sydney. Without telling Ernie, I rang Max and explained that Ernie had just spoken so fondly about him and Max agreed to come on for a chat.

Ernie came out of the ad break and threw to the next caller, "Max", by saying "Ha! We were just talking about Max Bygraves and my next caller is Max, that's a coincidence" to which he replied, "Ernie, this IS Max Bygraves". Ernie didn't believe him and it took a full minute for Max to convince him. What followed was a beautiful 20-minute reunion between two old friends. In the meantime, I had Philip Brady send a CD of the song into the studio by taxi, and it arrived with about a minute to spare.  Ernie said goodbye to Max and I played the song.  Ernie was very emotional that day. It is my proudest moment as a producer.

What is it about radio that has held your interest for so long?
I just love great radio. We are spoiled in Melbourne at the moment. 3AW's Ross Stevenson is unstoppable and brilliant at his craft. Jase Hawkins is the wittiest person I have heard in years. He and PJ on KIIS have amazing chemistry. Christian O'Connell is an extremely gifted broadcaster with brilliant self-deprecating humour.  I listen to both of their podcasts daily.

Sadly I don't get enough time to listen to Triple M, Fox, Smooth or Nova breakfast shows, but when my kids are flicking through the stations in the car I love what I hear in the promos. Lucy and Kel on The Light are great too. Why is that not a commercial station? There is so much talent in this one city it is criminal.

You've worked at 3AW's Remember When programme for some time. What are your most memorable episodes?
The most memorable two as a Producer are memorable for the wrong reasons. Both the Port Arthur Massacre and the Death of Diana, Princess of Wales happened on a Sunday, and we threw out our format. I had appreciated Bruce and Phil for their wit and companionship, but they delivered amazing broadcasts on those days.

As a Host, it is when you get to interview showbiz legends, like John Laws, Mike Walsh, and Daryl Somers to name a few. The callers can also blow you away sometimes. We once took a call from a lady who was in her late nineties one year who recalled attending the 1910 VFL grand final. She and her big brother walked across the paddocks in Richmond to the oval, climbed over the fence, and sat on the boundary. She told the story with such detail I will never forget it.

We also took a call one evening from a guy named Harry. We were discussing our favourite chocolates, and he revealed that he invented the Freddo Frog. At that point Cadbury was not aware of him. I sent Cadbury a cassette of the interview just marked "Attention Promotions". A few years later Harry rang back and said that Cadbury got in touch with him and offered him a lifetime supply of Freddo Frogs and that he would walk down to the local school and throw them over the fence to the kids. He is now officially recognized on Cadbury's website and many articles have since been written about him, so I'm glad for that. I would like to think that it was because of me sending that cassette.  But I can't be certain they did not find him through other channels.

Off the back of that, when reminiscing about Harry's story, we took a call from a guy named Tommy Carter who was also from Harry's era. He worked for the opposition and his boss set him the task with coming with something to counter the success of Freddo. Tommy invented Bertie Beetle. Those moments are what I live for.

25 years ago when you started as a Radio Producer at 3AW's Nightline, what did you imagine you'd be doing today?
I never dared to imagine I would have any great level of success. Of course, I had hoped to be the next John Blackman hosting breakfast, or Barry Bissell hosting Take 40 Australia. But I have always been aware that they, and the others I have worked with, are exceptional talents. I consider myself to be a "good" broadcaster, competent in my job.

To have made it to be a host in my own right on 3AW was beyond my wildest expectations. Because it has been my passion, and something I have effectively studied for most of my life, I actually think my greatest strengths would be best utilised as an Executive Producer of a show, or a Content Director.

When I started in radio, I imagined that 25 years down the track I would have been out of the industry for 20 years.  I thought, "If I get five years out of this industry I'll have something to brag to my kids about." I have been truly blessed. 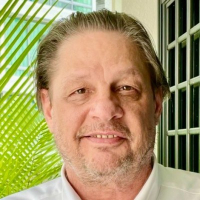 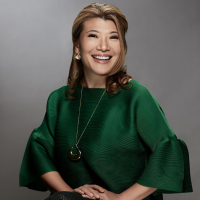