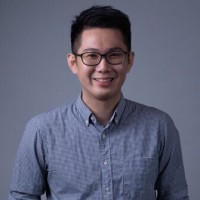 Could you tell us more about your work at Deutsche Welle (DW)?
I am responsible for reporting and translation duties at DW. What we do is pretty similar to other international media outlets. I mainly handle international news and cross-strait politics, but I have also closely monitored what’s going on in South East Asia.

Apart from translating newswire reports, I also put out Chinese-language articles for DW. As the content goes out to Chinese readers from around the world, we are fully aware of the different tastes of readers when it comes to news selection and the development of story angles. We generally write less about local news and are more eager to cover anything related to human rights, the freedom of the press, and stories about China and the Chinese diaspora.

Before your role at DW, you had your stints at Next TV and SBS in Australia. How did the two editorial operations differ?
When I was with Next TV, I was a features reporter responsible for its weekly programme. Although we produced weekly, I had to follow the news closely and look for relevant human interest angles for our features and analysis. My daily tasks then included doing research, fixing interviews and liaising with different departments about field reporting, scriptwriting and other production issues. The best ideas often came from the reporters who were on the ground and knew who to interview and where to shoot. But our supervisor would join in from time to time to give advice on whether the ideas would work.

SBS Chinese was in many ways completely different from Next TV. It is partly because it targets the Chinese community in Australia. Therefore, many of the topics they cover revolve around politics, with a particular interest in cross-strait relations and major events in Taiwan. They do, from time to time, cover Australian local news and cultural events from their perspective.

Your experience as a journalist also spanned across South East Asia, with your previous work covering the Philippines and Indonesia. What made you decide to cover the region? How are they different in terms of the media landscape?
I had always wanted to know more about Indonesia. On top of my head has always been its migrant workers, as I would always bump into one in Taiwan. I then started gaining knowledge about the country through working for an English-language media outlet and I later became a producer and anchor at an Indonesian television channel.

Covering the largest Muslim population in the world, I was always careful in covering anything related to religion and race. Very often, it’s the words we have chosen that make the difference. When we covered the 1998 riots, for example, we had to be extra careful about framing the story in an appropriate way. But I would say I enjoyed the same level of freedom working as a journalist in Indonesia when compared to Taiwan. Their viewers were sometimes even more interested in international news than people in Taiwan. After all, all of us have to cater for the ratings.

To their advantage, there are still a lot of people who watch television in Indonesia and the Philippines, and broadcasters have a much larger audience compared to Taiwan. However, more young people have shifted to their mobile phones, making websites such as  Detik (Indonesia) and Rappler (The Philippines) extremely popular.

What were the main challenges you encountered working in South East Asia?
My work experience in South East Asia has broadened my horizons and allowed me to look at certain issues from a fresh perspective. I learnt that there are always going to be different people who can tell you something different, as much as you might think you are covering the same old issue.

There were undoubtedly many good memories from my time there. Now it doesn’t surprise me when an entire crew had to stop for someone in the group to pray while we were on the road!

Can you also tell us about the Podcast and YouTube channels that focus on Indonesia and the Philippines?
Nowadays, people in Taiwan know a lot more about the South East Asia region and its diversity both politically and economically. Moreover, given the rapid economic growth in recent years and a more favourable regulatory environment, people are much more willing to read up on the region as opposed to Europe and North America.

But I believe there is still a gap to fill in covering SEA. For one, most media outlets in Taiwan do not have journalists based in the region, with the exception being Central News Agency. Related news coverage is in many ways far too narrow-minded and biased, often working around migrant workers.

This is behind the setting up of those channels. However, we do need more in-depth reports about the region. Take the Philippines as an example, it is in our proximity, and there is a lot more to the country than tourism. It has been good to see some really good coverage in recent years coming from local outlets, such as Mirror Media and The News Lens. Non-governmental organisations such as One-Forty have also played a big role in raising awareness of the well-being of migrant workers. 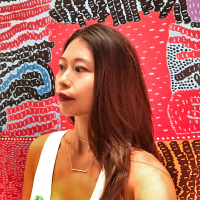 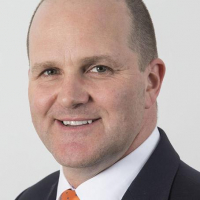 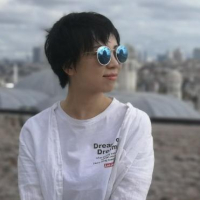 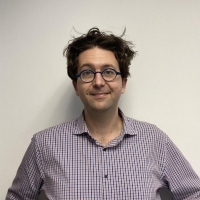