The Sydney Morning Herald recently celebrated its 190th anniversary. The masthead is one of the oldest, continuously circulated newspapers in the world. Telum Media spoke to Lisa Davies, David Crowe, John McDuling, Nathanael Cooper, Julia Naughton and Zoe Samios who shared the front pages that stood out to them the most over the years.

Lisa Davies, Editor: "Voice of the Heart"
This front page was a real moment for The Herald, making it clear [constitutional recognition of Indigenous Australians] should be a national priority, and vowing to push the government to make this long overdue change to our founding document. It also marked the start of a far more concerted effort by us to raise the profile of Indigenous Australia, through both news stories, features and opinion voices.

Nathanael Cooper, Homepage Editor / Desk Editor: "Half a million cheer, great peace march"
Why? It's kind of a strange reason actually, apart from the fact it captures a significant moment in history: the victory march in Sydney following the end of World War II. That front page has, coincidentally, hung by my desk wherever I have sat during my time at The Herald. It is a constant, visual reminder of the history of where I work and the power of good journalism. I also like the pearl-clutching coverage of the celebrations in the city "...but there was less spontaneous fun and more rowdyism and drunkenness" our correspondent wrote at the time. Extremely Sydney vibes, there.

David Crowe, Chief Political Correspondent: "GUILTY"
I grew up reading the Herald at the breakfast table and love covering federal politics for the paper and its readers, but nothing beats a good Herald story on Sydney crime and politics. So my favourite front pages are always the ones that get everyone talking about dodgy characters and dirty deals. It is hard to beat the front page on June 29, 2016, when the paper and its journalists, Kate McClymont most of all, were vindicated in the Supreme Court when it ruled Eddie Obeid guilty. That one word, "GUILTY", deserved to be in big, bold, capital letters.

Zoe Samios, Media and Telecommunications Reporter: "YES"
The Sydney Morning Herald has been a part of Australian history for nearly two hundred years. I regularly collect front pages that illustrate significant moments and I really like the idea of keeping them for decades after, knowing how the Herald marked these occasions. The 'Yes' front page was a really creative design choice and marked this special moment perfectly. The use of colour against the white background was incredible. I've never seen something so bright on our front page and thought it made a really powerful statement.

John McDuling, National Business Editor: "Guthrie ordered to sack top ABC reporter"
The splash was a cracking scoop from Michael Koziol and Jennifer Duke on board tensions at the ABC. From leaked emails, it revealed that ABC Chairman at the time, Justin Milne, had ordered ousted Managing Director Michelle Guthrie to sack presenter Emma Alberici following complaints from then-PM Malcolm Turnbull. It was a real statement story from the Herald which had all sorts of implications for the public broadcaster, leading to an overhaul of its board and staff protests due to concerns about government interference. The story also deservedly went on to win a Walkley Award.

Julia Naughton, Lifestyle Editor: "Change the date, says Grace"
Our front page on 26th January this year, featuring a portrait of Australian of the Year and sexual assault survivor Grace Tame, and the headline: “Change the date, says Grace” is my pick. It marked an important shift in a debate that’s been going on for years; the reality that Australia’s youth - led by activists like Tame - care deeply about the treatment of First Australians. It also represented an encouraging theme that’s only permeated this year - the resounding calls for change from young women who are brave enough to challenge the status quo.

Is the press release dead? 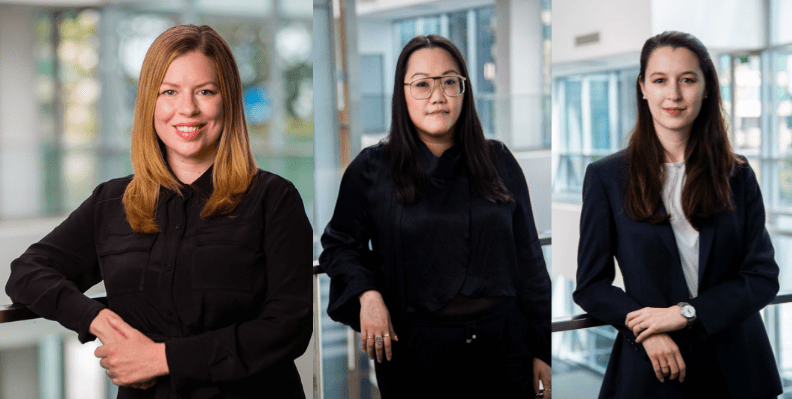