The changes in the media industry are hard enough for journalists to process and understand what it means for their careers, but what if you’re a journalism student set to embark on a career in journalism?

Telum spoke to Dr Claire Konkes, Head of Media at The University of Tasmania, and The University of Wollongong’s Dr Steinar Ellingsen, a Senior Lecturer in Journalism, Communication, and Media, about what the next generation of journalists needs to think about, as well as what the rapid changes in the industry mean for journalists now and in the future.

Future Journalists
As the future of Australian media remains uncertain, there has probably never been a more stress-inducing time to study journalism. Dr Ellingsen is combatting this by impressing upon his students what makes good journalism and storytelling. “The basics remain even when times and technology are changing.  As the polished nature of mainstream broadcasting suddenly goes “guerrilla”, it forces both educators and students to focus more on getting the basics right and allow for experimentation with those foundational skills.” He also notes that some skills-based training has become harder to teach, namely camera and audio training.

Dr Konkes told Telum it has been “almost impossible” to encourage her students to think outside their own experiences when they are legally obliged to social distance at home, and says “the buzz” of producing content is what students may be missing in distance education. She also adds, “When students are asked, what did you do in 2020, I want them to be able to say with confidence, “I kept studying and this was how I solved the problems I faced.”

Dr Ellingsen would like the media industry to make itself available to students. “The media industry and those who work in it can be generous with sharing their successes and failures, as that would be the best way for us all to learn as much as we can from this weird and turbulent time that we find ourselves in.”

Coronavirus: Longterm Impacts on Journalism
What about those already in the media industry? How do journalism academics think the pandemic will alter the industry?

Dr Ellingsen told Telum that following the redundancies and mass closures and suspensions of local titles, the delivery method of news and current affairs could very well shift away from a digital-first strategy, to digital-only. He also suggests that the relaxation of media ownership restrictions could see potential new players in the industry, as well as more mergers, consolidations of mastheads and broadcasters, and fewer print publications.

Dr Konkes says that because we are seeing some of Australia’s biggest journalism employers shedding jobs, studying journalists know they are entering a “leaner” environment. Despite this, Dr Konkes told Telum, “Such activities sometimes create opportunities for those looking for entry-level positions. In that sense, graduates with strong digital skills and the capacity to work independently in how they source and produce stories will be well-positioned in a competitive market.”

Dr Ellingsen points out that the uncertain media climate could also lead to some success stories:

“I’m sure there will be experimental start-ups in this space as well while the dust settles. As much as times are dire, they are ripe for another success story ala Crikey, which launched during the Global Financial Crisis and relatively quickly proved pessimistic pundits wrong by establishing itself as a viable independent news source”, he told Telum.

Immediate Impacts of Coronavirus on Journalism
The coronavirus has had immediate impacts on how journalists source and deliver news. Dr Konkes points out the increase in quote-grabbing from social media platforms, and lower than usual video production standards as journalists work from home. “A senior source speaking in a poorly lit room with poor-quality sound coming from her laptop would not have been accepted six months ago - now it is the norm”, she told Telum.

The metro mastheads have reported a huge growth in traffic to their online news platforms. Dr Ellingsen warns these traffic spikes are “ripe for (the spread of) disinformation and propaganda”, making it more difficult for journalists who must sort fact from falsehood while reporting.

Dr Konkes believes the coronavirus pandemic has highlighted the importance of journalists as sense makers:

“In trying to make sense of the virus as a pathogen, as well as the political announcements and impacts on community life, journalism has shown itself to be an essential service with relevance to communities on many levels.”

Dr Ellingsen agrees. “Off the back of the devastating bushfires, floods and, in the midst of the coronavirus crisis, we’re truly seeing just how essential the service that news media provides is - both nationally and locally. Therefore, it’s particularly frustrating to see closures and redundancies at a time when the "core business" of news is experiencing an arguable unprecedented boom.”

Press Freedom
In 2020, the World Press Freedom Index put Australia in the 26th place, five places down from the previous year’s rank. Dr Ellingsen argues that Australia’s press freedom reflects the health of its democracy. He names raids on the home of News Corp’s Annika Smethurst and the ABC’s Ultimo office as examples of an “unprecedented willingness to intimidate journalists”:

“The High Court’s ruling that the warrant to raid Annika Smethurst’s home failed to uphold basic legal requirements was a small victory in the tug-of-war between press freedom and national security”, he told Telum. “It was perhaps disappointing that it was thrown out on a technicality, however, if we choose to look at it in a positive way, it could be a deterrent from future overreach.”

Dr Konkes points out that journalism offers a “good check and balance” to the Australian government system. “The future of journalism rests in journalists being able to do that - and they should be paid to do it”, she said.

She is also concerned that tech giants taking news for free and “selling” it to advertisers on their own platforms will lead to news being generated by political ambition rather than public interest.

“We need to work out a way to return this parasitic arrangement back into a symbiotic relationship between those that produce content and those that sell it. If we fail to do this,  and right now, we are failing - then we will see more news generated by those whose political ambitions are motivated by power, not the public interest.”

In wake of the news that AAP may cease to exist in the Australian media landscape, News Corp Australia recently announced the launch of its own newswire. Dr Ellingsen believes that although the newswire will no doubt deliver an important service to Australian journalism, especially in the event of AAP’s closure, the result will also mean reduced diversity in the industry.

There is little doubt the media industry that future journalists will find themselves in will look very different to the one we work in today. From ongoing concerns about press freedom to the mass closure of local news titles, the industry is shifting dynamically. But if recent events such as the coronavirus have done journalism one favour, it was reinforcing its role as an essential service. 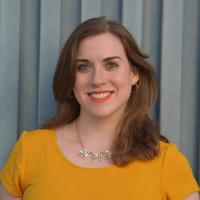 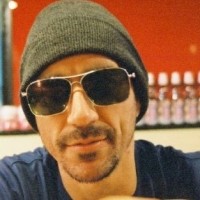