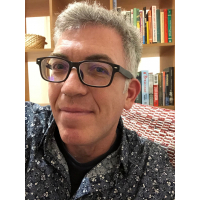 In response, I’ve often heard the Chinese lament: We must do better at explaining China to the world. (Even if the line between explanation and propaganda is often blurred.) President Xi Jinping himself has advocated that “we must tell China stories better.” Like in June 2021, when Xi exhorted fellow Communist Party members to improve international communications.

However, I see other factors at work - especially the Chinese mode of communication. With all due respect, Chinese communicators routinely fail to first consider their target audience: who they are, why them, what they may already think or feel about China and the Chinese, and so on. (Though, some suggest that when they talk tough to a foreign audience, the true aim is domestic consumption.)

Next, there’s the need to muster some empathy, to imagine why exactly a smart, curious but skeptical foreigner might think what they think, or feel what they feel, towards China. Plus, how exactly to communicate with that audience - as strategically, effectively and persuasively as possible.

Then, my greatest lesson-learned about why the Chinese struggle to impact the most influential segments of their foreign audience: we must produce concrete, credible, verifiable evidence - and present it transparently - to underpin arguments and have any hope to persuade a skeptical mind.

Part of this, I attribute to cultural differences. Though I’m no expert in Chinese history or culture, my sense is that historically, the pronouncements of Chinese officialdom - when aimed at their Chinese audience - featured a more patriarchal, paternalistic form of communication.

As in: “This is what we’re doing.” Or “This is what we’ll do.” No compunction to explain “Why.” Nor, to lay out the evidence and defend decision-making. After all, who’d dare question them publicly?

The Western audience, though, is reared with a more “democratic” style of communications. While plenty of Westerners will swallow whatever news and information they’re fed, uncritically, many others feel empowered as taxpayers to demand transparency from the authorities. We’ve also grown to rely on “watchdog media” to hold leaders accountable for their words and deeds.

Over time, when speaking to Chinese colleagues, trainees or students, I’d introduce what I call my Spectrum of China’s Foreign Audience. This is already a relatively “elite” strata of society, as I’ve learned from living in America, Europe, Africa and Asia: most people are indifferent to the world beyond their borders, but more concerned with what affects them, their family, their community, their country.

As for those who pay attention to China’s actions, I divide them into three cohorts:

On one end of the spectrum is the anti-China crowd. They’re anti-China, even anti-Chinese, for some reason. Nothing positive they hear about China will ever change their mind. There’s no budging them, so write them off as an unrealistic target.

On the other end of the spectrum is the pro-China crowd. Pro-China, even pro-Chinese, for some reason. Nothing negative they hear about China will ever puncture that notion. With this audience, you can communicate with relative ease - and without much effort.

Then there’s the cohort in between. They may be on the fence regarding China and the Chinese, viewing neither in black-and-white terms, but with nuance. They’re smart, skeptical, perhaps also open-minded, willing to be persuaded. They could be potential foreign investors, diplomats, supply-chain partners, analysts, activists, professors, researchers, journalists, customers, among many others.

The bottom line is, they may swing either way - depending on how we approach them.

It’s this audience that Chinese communicators should “work hard” (intellectually speaking) to impact. To reiterate, the most effective and persuasive way to reach this audience is with a lawyerly argument that transparently presents concrete, credible and verifiable evidence.

Without a clear understanding of this target - and striving to grasp their motivations, inspirations or mindset - we’re firing blindly in the dark. Even worse, without supplying a dose of credible evidence, we shouldn’t be surprised if our unconvinced audience ignores what we say.

That said, if we ourselves lack any credible, persuasive evidence, well … that’s another story.