Numbers
In 2021, for the first time, over half of the observed CEOs were active on social channels. Not only were more leaders active, but they were also posting more. The CEOs in the study averaged over six posts per month.

Among LinkedIn, Twitter, Instagram and Facebook, LinkedIn remained the preferred platform of choice, with 96 percent of CEOs active on the site. Twitter came in second at 35 percent, with CEOs receiving twice as less engagement per post and three times less average number of engagement per follower than on LinkedIn. Despite the low usage, Instagram’s engagement rate topped across all platforms.

Overall, CEO-shared content generated higher engagement compared to content shared by brand channels. Many business leaders agreed that having an active leader on social media has a wider reward for the company, improves stakeholder relationships and leads to better employee relationships.

Content
The CEOs mainly posted around nine topics, the top three being energy transition, climate change and health. However, topics that garnered higher engagement tend to be people-focused: colleagues and communities; customers, results and performance; and diversity and inclusion.

While over 16 percent of all posts by active CEOs were related to climate change and 52 percent of CEOs posted about the topic at least once, climate change performed relatively poorly in terms of engagement per post.

Strategies
Choose the right platform. Leaders should base their social media usage on the audiences they’re trying to reach rather than just looking at each platform's engagement levels.

Content variety matters. CEOs that post on a broad range of topics gained more traction overall. The focus should be on putting people at the heart of their storytelling for all topics instead of choosing to disregard lower-scored topics.

Connect with climate change. There is a disconnect in terms of how leaders are communicating about climate change. CEOs can use social media to show how their sustainability strategy relate to their business and operating model and how this is relevant to audiences.

Communicate strategically. Over two-thirds of global business leaders believe that marketing, comms or IR professionals should have some involvement in their social media engagement. A fifth prefer posts to be fully written by someone else. To maximise CEOs comms' impact, adequate support and a clear approach to governance (i.e. sign-off processes and monitoring for comments, questions or issues) are key. 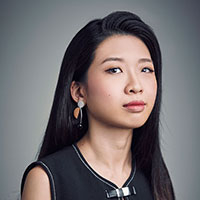 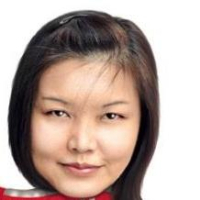 Special Updates at The World of Chinese