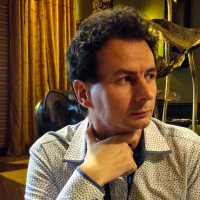 As one of the very few English-language writers on cars in China, Mark Andrews, with nearly two decades of freelance experience, shares with Telum how he is inspired by his personal life experiences and the memorable stories he has been involved with, as well as the excitement about covering China's motoring industry.

As a freelance writer, what does your day look like?
I wouldn't say there is such thing as a typical day. However, it usually starts with a quick look on social media to see what people are talking about and to get some idea of what is trending. If I am in a position to write a piece I will then work on the article usually until late afternoon, if not I will probably be chasing story ideas, leads and doing interviews.

You previously covered a broad range of topics. How did you initially shift your focus to China's travel and motoring industries?
Actually I started with writing travel and then branched out. Motoring happened by chance. Back in 2007 I was in a taxi on the expressway when I noticed advertisements for a Chinese car based on a British car that Roewe had bought designs for. I contacted a few UK car magazines to see if they would be interested in a piece. One responded and asked for a test drive. The car proved to be much harder to get hold of than I anticipated but I managed it and it grew from there.

Has COVID-19 changed the way you work? What topics are you working on currently?
COVID-19 has had a huge impact on my work. Firstly of course travel stories are largely out of the window. Then many of my automotive publication customers from around May simply no longer had budgets to commission articles.

Usually April is a busy month for me thanks to the Auto Show held alternate years in Beijing and Shanghai. This year's show in Beijing was postponed but opened on September 26. I covered the show with articles, photography and also presenting video reports.

You've lived in China for nearly two decades. Does being an expatriate inspire you as a writer in any way?
Shanghai is obviously a very dynamic city and one that is constantly changing. I think that energy does rub off into inspiration. As largely a lifestyle writer keeping my eyes open on the street is very helpful for finding ideas and getting a handle on what kind of trends might be popular.

Can you share the most memorable stories you've been involved with?
A few years back I did a couple of stories based on a trip to Xi'an. One was about people in Shanxi who still lived in caves. I interviewed an old couple with help with someone who could speak the local dialect. Octogenarians they lived a really harsh life in a very bare cave and had largely been abandoned by their children. The other story was about a former Red Guard who had started collecting Chinese antiques during the 80s. Over the years he’s amassed a huge collection of items running from items hundreds of years old to more recent classics like Chairman Mao memorabilia. To house it all he made his own private museum in the little village he grew up in.

Then there was the Chinese car collector in Beijing with a passion for Hongqi cars - traditionally the builder of China's state limousines. He spends so much money buying any classic car he can lay his hands on that the museum in winter was absolutely freezing, the lights switched off as quickly as we had finished in each section.

You've collaborated with various publications. How do you pitch them stories?
Most of the time I need to pitch them and so largely it is about trying to get an idea and then trying to work out which publication might be interested in it. The actual pitching process is almost always via email although I am beginning to sometimes just drop editors notes on LinkedIn.

What I try to do in the pitch is outline the idea and why it is actually a story worth covering and hopefully with some form of time peg.

You are one of the four finalists in "2019 Photographer of the Year" award by British Guild of Travel Writers. What were the images involved?
Entrants needed to submit a portfolio of four pictures. Mine while all travel-related had a strong human element in them and consisted of three taken in China and one from Cambodia.

Any tips for journalist turning to freelance?
It can be incredibly difficult to survive as a freelancer. Having a saleable niche is one way to get by, being known as one of the few English language writers on cars in China has certainly helped me.

What do you like to do when you're not writing?
Travel and food are definite passions but these then really get bundled up with work as it is highly unusual for me to do anything without looking for some potential lead. 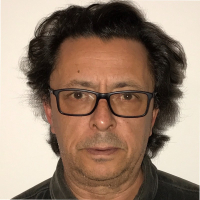 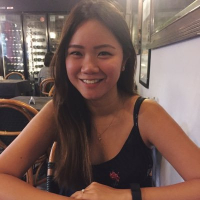