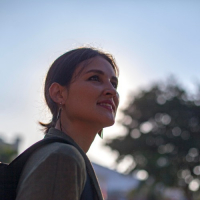 Prior to The Ken, Nadine Freischlad has reported for many outlets including KrAsia and Tech in Asia. She told Telum why she joined The Ken Southeast Asia, a publication that was pioneered in India and also discussed the Indonesia startup trend 2020.

What’s happening at The Ken, and why did you decide to join the team?
We’re in phase one of launching a brand new publication, The Ken Southeast Asia, which brings the subscription-based media business model The Ken pioneered in India into our region.

When Jon Russell told me about The Ken’s plans for Southeast Asia a few months ago and asked me to be part of the team, it was an instant “hell yes!” from me. I think he was a bit shocked by my enthusiasm. Jon is the former Asia Correspondent for TechCrunch and now he leads The Ken Southeast Asia’s editorial team.

But it really was a no-brainer because I was already a subscriber to The Ken and I adored the publication for its stringent concept: one long-form, in-depth story about business and technology, delivered daily. And it's entirely subscriber-supported; there’s no sponsored content, no ads, no events. The Ken just stood out among other new media platforms.

I’ve also known Jon for some years (mostly through Twitter banter and meeting at conferences) and I thought it would be perfect for us and other writers in the region to be on the same team. There aren’t that many journalists covering technology and startups in Southeast Asia, and I believe that together we can push the envelope and increase the depth and quality of reporting in this emerging field.

How do you describe your role at The Ken?
I’m a Staff Writer which means I’m part of a team of reporters who do research on the ground in their respective countries, identify relevant topics, pitch those to the editors, and then set out to do the reporting and writing.

I focus on Indonesia but I have a super-wide lens in terms of stories that catch my attention. Technology transforms business and society in this country in a myriad of ways and they all fascinate me.

Once I’m done with gathering data and reporting I try to arrange everything into a narrative that makes sense of the pieces of information. And then the real work begins. The Ken has a very thorough editing process without which we writers would be doomed.

What are the key current topics / issues in startups / business industry in Indonesia?
That’s difficult to summarise in one paragraph. We’ll definitely continue to see a trend of platforms consolidating to gain strength. I think we’ll witness more of that this year, and that it will become increasingly difficult for smaller startups to stay out of the gravitational pull of the unicorns as they seek access to funding and customers.

But at the same time, I think we’ll see interest shifting away from the hyper-focus on unicorns towards the next generation of startups in verticals like financial services, education and agriculture.

Indonesia is facing a window of demographic opportunity at the moment, with more young people entering the job market than ever before. For better or worse, technology companies and SMEs will play a crucial role in keeping up Indonesia’s momentum.

What is the most sustainable way for the media industry in Indonesia to keep in the business?
I think there are different business models that can co-exist and succeed here. It depends on what kind of business you want to be and who your audience is. I think the key is to be clear about your intentions and then execute it even if the world around you keeps shifting.

The Ken's way is to give writers time to do solid reporting, take time to craft good stories, and invest in nurturing a small but loyal audience who shows its appreciation by paying for the product we deliver.

What pitches are interesting for you?
Pitches from companies that are unique in their field and have a proven track record. They will have to allow me to interview several team members who can talk candidly about the achievements of the company and the challenges it faces.

I would consider pitches from an individual or a civil society group that are investigating the behaviour of certain companies or government entities and believes the topic needs to be brought to wider attention.

The biggest challenge for you as a journalist?
Writing is painful!

There are a number of business / startups currently in the media landscape - how does The Ken strive to differentiate itself from the pack?
I think The Ken’s unique, “slow media” concept with just one story a day sets it apart. We understand our readers are busy, and we want to give them the one question or insight they should be pondering that day in a straightforward manner.

As a company, we’re also always looking for ways to make complex stories more accessible. I can’t say too much about it yet but you’ll see some innovation in this regard from The Ken’s brilliant product team and new features will also come to The Ken Southeast Asia over time. We're also still hiring and looking for contributors!

What does a day in the life of Nadine Freischlad look like?
Reporting days are exciting and I get to read and go out and meet the most interesting people. We're a distributed team so I don't work out of an office. On writing days I’m mostly alone in front of my screen(s), or on the phone, and cursing under my breath because writing is hard! I take breaks to exercise or to talk to my dog and fish. I sound incredibly lame now that I spell it out this way, but I love my routine and wouldn't want it any other way. 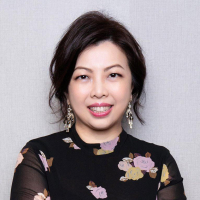 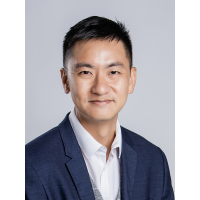 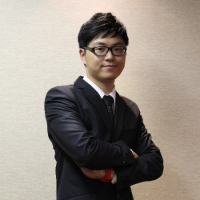