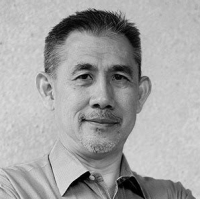 Congratulations to your team for being shortlisted in the global Cannes Young Lions Competition. As the first Indonesian team shortlisted in the global PR category, can you share what you look for in PR professionals wanting to join the Maverick team?
Thanks, the team did a great job in the Young Lions and I’d like to think that their training at Maverick had something to do with it, in addition to their innate talents and character traits, which brings us to our requirements for anyone wanting to join us.

The first is a growth mindset. We like to push boundaries and do new things. We’ll make mistakes, which is okay if we can learn from them and come back stronger. People with a growth mindset usually have the courage to dream big.

The second is insatiable curiosity. PR can be a pretty cerebral and creative business if you do it right. If you don’t have the curiosity of a hacker to see how concepts and ideas can be stripped down and rebuilt in unique ways, then you’re doomed to pursue mediocrity. We usually also ask interviewees whether they read books, actual books instead of grazing for information on the internet. Books take you on serendipitous journeys of discovery that are vital for the curious mind.

Apart from these must-have qualities, the rest - your level of education, which school you went to, how passionate you are - are nice-to-haves that don’t matter much to us, unless you also don’t have a sense of humour.

You were a journalist across SEA before jumping into communications, what do you think regional PR practitioners should be aware of when connecting with journalists in Indonesia?
Journalists everywhere are very much the same - a strong sense of right and wrong, pushy because they have tight deadlines, sceptical because they’ve seen and heard most of what corporations have to tell you, and a tendency to hold those in power accountable. They are all after a good story and the best way to pitch to them is to have a strong story. Content is king on the Net, stories are king with journalists. The main difference, if any, is that some of the Indonesian journalists may not be as proficient in English comparatively. You may want to make extra effort in listening and expressing your thoughts clearly and at a pace that is easy to follow yet not patronising.

What are the maintrends that you're keeping an eye on?
Mainstream media’s importance as a main source of news and information is declining. Many younger people no longer read newspapers, watch TV or listen to the radio to be informed. They rely on their own information ecosystems, the trick is to figure out the information ecosystems of your target audiences and use PESO (Paid, Earned, Shared, Owned) channels in an integrated manner to reach them.

Why do you think homeless media* are gaining popularity in Indonesia? How do you think they are different from KOLs?
In Indonesia, homeless media has been able to gain ground because they come across as more authentic than mainstream media and they appeal to a wider range of audiences than KOLs. Deddy Corbuzier for example conducts interviews on YouTube. It’s his own channel so he can afford to do what he wants, which is to be himself, put his guests at ease and ask the same questions without sounding like Torquemada. His focus is amiability rather than confrontation and this has paid off. Two high-profile Indonesian ministers have so far sought him out to do an interview with them.

Mainstream media is restricted by its business model. Take for example the political interview sphere. In Indonesian mainstream media you have a few famous interviewers like Najwa Shihab and Aiman. They got to where they are by adopting a hard-hitting style of interrogating their interviewees to get to the truth. This kind of grilling makes for good TV and pulls in audiences and advertising money but often leaves the interviewees battered and bruised.

Homeless media differs from KOLs in the variety of topics they cover. Key opinion leaders specialise in certain topics or areas, so their influence and audience are more limited. Homeless media, however, is virtually like a full-fledged mainstream media outlet, without the constraints like large overheads and production costs. They can provide variety and therefore appeal to a wider spectrum of audiences - which translates usually to larger numbers.

As webinar / online meetings with journalists will most likely stay, do you have any tips to avoid virtual fatigue?
Keep webinars short and break them into shorter segments. You could, for instance, use 15 minutes to announce something in a talkshow-like format, followed by half an hour of Q&A and wrap up with an interactive quiz like Kahoot. You can also tailor the webinars to specifically one set of journalists so they are more focused, so tech or lifestyle journalists only for a tech consumer product launch rather than mixing them up, but keeping it to one hour max is still the rule.

Finally, can you tell us about the Maverick x AJI "Plight of the information front-liners" campaign and how to join the cause?
When COVID first hit back in 2020 we began to see many media cut back on the hours of work for many journalists if not laying them off altogether. Concerned, we called our clients and partners and raised some funds for a fellowship for the affected journalists. Working with the Alliance of Independent Journalists (AJI), affected journalists could write in with a proposed area of research and if we found it worthwhile we’d give them the funds to go ahead with it. We were able to help nearly 40 journalists through this early round of funding.

Over the past month the pandemic in Indonesia has worsened. Many journalists fell sick, and many more died. Now, when times are bad for them, we feel that they should be able to rely on us. That is why we launched the campaign #UntukJurnalisID in Indonesia to raise up to another IDR150 million to help them. Anyone who wants to help can contact us at raras@maverick.co.id or medrel@maverick.co.id for more details. Donations are open until 6th August 2021.

*Homeless media refers to media outlets that develop their business and share their content only through social media platforms. 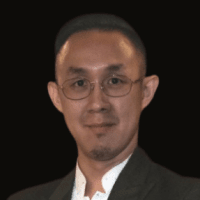 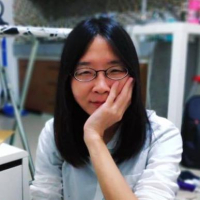 In the midst of this pandemic, Shih Hsiu-Chuan, also known as Jane, talks about her role covering stories related to Taiwan abroad. She can only cover stories in Jakarta now although she would normally cover South Pacific countries as well.