If you are interested in becoming a freelance journalist for online media or television networks, here’s a guide for you

As advertising revenues decline, media organisations all over the world have been forced lay off some of their journalists. Some of them have switched careers, but others are still keen to work in the industry. How would one get started to become a freelance journalist? This week Telum talks to freelance journalists Johanes Hutabarat, Randy Mulyanto and Aji Yahuti.

How did you start freelancing?
Johanes: I started freelancing because I was made redundant by an Indonesian media outlet this year. Since I feel that journalism is the right fit for me, I still want to have a career in it. I was inspired by other freelance journalists too. There was a message circulated in my WhatsApp group that said TRT World is seeking articles about Indonesia. At that time, it seemed interesting. Thank God, my first pitch was approved.

Randy: I started writing book reviews for various Indonesian newspapers in 2012. In the beginning of 2018, I started writing for South China Morning Post about lifestyle issues and in the same year, I relocated to Taiwan. If you ask me why I do freelance work, it’s because I have been doing it since junior high school. It’s addictive because of the flexible working hours and as a freelancer, you get to decide what stories you want to cover.

Aji: I used to work in Public Relations at Institut Français Indonesia. After working corporate jobs, I started freelancing as a Translator for foreign newspapers and radio stations, as an Editor for year-end reports and as a Copywriter. In 2007, I was asked by a fellow journalist who was looking for a Fixer who could speak French. Then, I assisted a Producer and Cameraperson from French television to cover canings in Aceh province. That was the moment when I became fully focused on freelancing as a Field Producer.

What kind of stories from Indonesia that international media organisations are interested in?
Johanes: Human interests stories. Or stories that highlight Indonesia’s uniqueness. Personal stories are also interesting.

Randy: We showcase what Indonesia has, but other countries do not. For example, there was a claim that batik originated from China. That kind of story was surprising because generally the international community know that batik is from Indonesia. When covering stories, use their perspective as readers. Issues in Indonesia that we think are important may not have news value to them. Stories about Indonesia’s relationship with other countries are also popular. So we’ll have to learn what are the media’s interests and who are their audience. What are the advantages of being a Freelance Journalist?
Johanes: We cover the stories at our own pace. If we work full time, we are given targets to finish a certain number of articles daily or weekly.

Randy: Spending more time with our family, freelancing at home is also nice because we don’t have to go out in the midst of this pandemic. Doing freelance work also means we do not represent a certain institution, so if they have a bad reputation that will not be associated to us. We can also take days off anytime!

Aji: I choose freelancing so that I can raise and spend more time with my children and paint as a hobby.

How can we get connected to media organisations and their editors?
Johanes: I started by looking for media outlets that I like reading. From there, I will look for the editor's name on LinkedIn. After introducing myself, I will ask for their corporate email address. For me, I look for media that are invested in issues in Indonesia. Other than that, read Telum’s Southeast Asia Journalist Jobs alert. From there, we can get information if someone is seeking a freelancer. Next, befriend Indonesian journalists working in foreign media outlets.

Randy: You can start by looking at their ‘’about us’’ or ‘’contact us’’ page on the official websites. Email them, then ask if they accept articles from freelancers. You can also call or you can get introduced to them from another friend. When I was based in Taiwan, I was asked by another journalist to celebrate Christmas at her home. At that time, we were just friends. But when I returned to Indonesia, she asked me if I would be interested to cover stories in Indonesia and East-Timor. Because I feel like our personalities match, we started working together professionally. It can be tricky to get payment for freelance assignments. Can you share a little about how you go about doing this?
Johanes: Different media organisations have different processes. You may be asked to fill an invoice before you can get paid. There are also media that will directly transfer the fee to your bank account, in Rupiah. They will ask for your bank name, SWIFT code and account number. All of these can be found online. There are also media which uses digital wallets such as PayPal, Payoneer or TransferWise. From there, you can convert the payment to actual money, by syncing the digital wallet to your debit card. It’s super easy like creating a social media account. Sometimes we have to wait two weeks to get paid, or even up to a month.

Randy: You can get paid per article, does not matter how short or long the article is. Other freelancers get paid per word. From the start, you have to be brave to ask how you’re going to be paid and when. You also need to be brave to call them out if a payment is late.

If you feel like you will have to put in a lot of effort for an article and the media outlet does not pay much, you should rethink if it’s worth the effort. But when you negotiate and the media thinks you’re too expensive, they can also refuse to assign you.

Aji: For television work it’s usually US$200-300 per day. You can also offer them packages and negotiate, especially if the topic or profile to be covered, is harder to chase. As long as I don’t end up with losses, I will usually accept the assignments. If it does not fit my beat, I will hand it over to other freelancers. When there are natural disasters or protests, it will be harder to find freelancers. If I know the media or producer well, I am comfortable in asking for a 50 percent down payment. Should Freelance Journalists pitch or wait until they are assigned stories?
Johanes: Pitching is the way to go. I can pitch stories almost every day. One time I pitched five times to a media outlet and got rejected. On my sixth pitch, the idea was approved. If you are freelancing, you must be creative because all story ideas come from you. You have to constantly learn.

Randy: You can pitch or wait for assignments. When you pitch, you have to be careful not to pitch the same idea to 10 outlets. The article will only be published in one media. So it is not going to be very nice if two editors say they are interested in the story, then you have to reject one of them because the other editor is also interested. With every pitch, you’d need to wait at least one week. If there is no response, you can offer the same pitch to another media outlet. If you have a lot of stories, pitch them to multiple media outlets. Don’t just rely on one.

What are the challenges in freelance work?
Johanes: I used to write in Indonesian, but now I have to do it in English. Because I’m still very new, I have to learn by reading articles in English. Other than that, journalists that have just began to learn to write in English have to pay attention to the edits by their editors so they will avoid making the same mistakes twice. The other challenge would be in covering stories for an international audience - maybe a story in Indonesia is important to us, but not to them.

Randy: There is this lingering pressure that if you do not write, you will not get paid. If you take one week off, it means you will not work for one week and lose the opportunity to get paid. If you work full-time, you will still get paid if you take one month off. I have also experienced a kill fee, that was when I was assigned to seek comments about the US-China trade war. Because I failed to get comments that fit the story angle, I was paid less.

Do you have any tips for journalists who are interested in freelancing?
Randy: You have to be tough and you have to be mentally strong. Stories that we pitch are often considered to not be suitable for an international audience. Don’t lose your spirit, pitch it to another media outlet. You also need to be persistent. Remember, when you are freelancing you are on your own, you have no mentor to help you out. Thereafter, get out of your comfort zone, write on other topics which isn’t your usual beat.

I think it is important to realise that when an editor rejects your pitch, they do not reject you as an individual. They’ve only rejected the article as it may not be a good fit for them.

Aji: English language skills to understand the context of an assignment and multi-tasking. Get an accreditation that is issued by the Film Development Centre at the Education and Culture Ministry. That way, you have the qualification to freelance and you can also sponsor foreign journalists to work in Indonesia and pay your taxes. 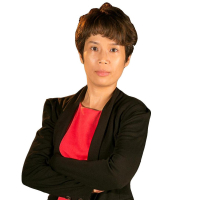 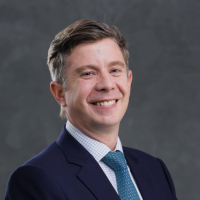 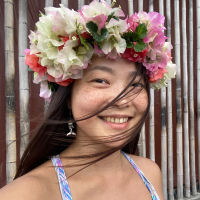