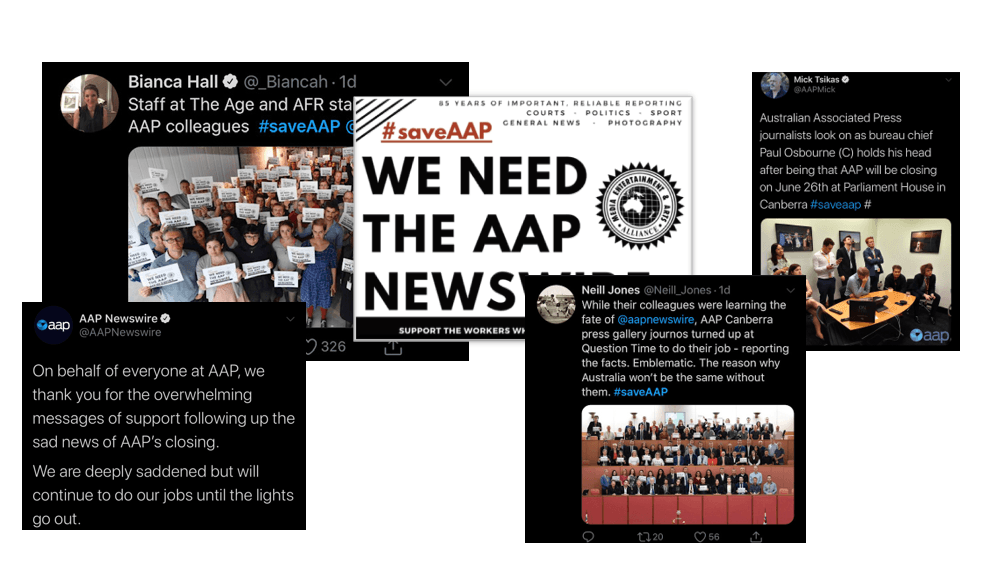 AAP is closing in June this year, following its shareholders decision to withdraw support. The organisation had become unprofitable because of the changing media environment, particularly the way Google and Facebook help to disseminate and monetise news. This led to News Corp, Nine, ACM and Seven West Media propping the newswire up financially, to the tune of millions of dollars, to then see the content produced by AAP given away for free and monetised by other media organisations.

Reporting today suggests News Corp, Nine and others are looking at bringing many of the roles lost at AAP in-house, but it is still a structural shift in the way news is produced in Australia.

Here are a selection of responses from members of the communications industry.

Tim Lele, Head of Public Relations, Keep Left
Pitching the AAP newsdesk was always a thorough examination of your story. A make or break experience for many a campaign at Keep Left. The news editor would get to the heart of your yarn in an instant and interrogate its news value mercilessly. But these exchanges were always fair. And balanced. And had the public interest at heart. And that’s what we’ll miss most without this pillar of Australian journalism.

I’ve gone through my own stages of grief and while the anger persists, I’d rather move on to action. Like our summer from hell has elevated action on climate change to the priority it deserves, I hold out hope that we’ll see some decisive action and investment to protect independent, public interest journalism in this country. The writing, or lack thereof, is on the wall. I know the party committed to the most ABC funding next election will be getting my vote.

Justin Flaherty, CEO, Horizon Communication Group
The closure of AAP should raise more than a few eyebrows in the industry as it casts a long shadow over the value and perceived independence of earned media going forward. For agencies whose bread and butter is publicity, or businesses whose boards still measure success based solely on headlines, this closure poses a real challenge.

While for full service communications agencies like Horizon, whose approach to media has long been bespoke and tailored, the obvious reaction will be to lean in to owned channels which allow us to engage directly with the targeted audience as we build strategic, creative solutions for our clients.

Ultimately it will be the media industry, and Australian population at large, who feel the fallout from the closure the most, as already overstretched newsrooms attempt to cover all of the news as it breaks and sceptical Australians continue to question whose agenda is being served by the news they’re reading.

Jenna Orme, General Manager, FleishmannHillard
The closure of AAP will leave a significant void. It provided factual, balanced journalism many relied upon.

Journalists are already stretched, covering too many different sectors and measured on quantity outputs, which can sometimes impact quality.

With fewer voices in the media, the importance of quality journalism is as important as ever, which is often at odds with our desire for a constant stream of new news.

Fergus Kibble, Founder and Managing Director, FORWARD Agency
It is very sad news for the media industry and the Australian public to hear that AAP is closing. As a public relations agency, we engaged with AAP journalists regularly, and we are personally devastated for them. The impact that this will have on journalism in Australia and the careers of so many hard-working people are significant. AAP played an important role in helping news to go further and to reach more people, particularly in supplying stories to media outlets that did not have big enough teams to cover all the news all the time. We should all be concerned that there will now be fewer journalists and less news and stories for us to engage with. The really concerning question is, if the broader media industry can no longer commercially support a quality news service like AAP that distributed content so widely, where will these reports and stories now come from?

Lauren Faulkner, Operations Director at P4 Group
I was disappointed to hear of the closure of AAP. As a news service, it has been a trusted source of content for so many of us in the industry (and beyond), and I know the impacts of their closure will be huge for news outlets across the country.

As many have already commented, consumers have become more comfortable with receiving their news through less authoritative, free channels like Facebook, Google and Instagram, and no longer prioritise credibility in the first instance. I have been guilty of this myself in the past.

My hope is that all of the talented staff in the organisation find roles that continue to allow them to report trusted, accurate and reliable news to all of us in Australia…otherwise, the future of news in this country may be bleak!

Melanie King, General Manager, Atticism PR
I think it’s yet another tragedy for traditional journalism and I think AAP’s shareholders and partners have been short-sighted. While the various channels we use to consume news has changed, the value of journalism, really good journalism, has not. In a complicated world that’s difficult to manoeuvre, having a good journalist decipher the facts is essential. We need it now more than ever.

In an age of "fake news", bots, election interference and corrupt politicians globally, the rationale for really solid reporting is more necessary than ever.

I think everyone in journalism, PR and communications in general will miss AAP.

PRHK announces its next generation leaders 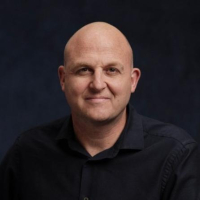 Jason Pine to return to NZME