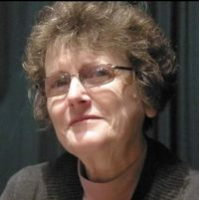 With international borders remaining closed at various points throughout the COVID-19 pandemic, Australians have invested in getaways closer to home. This spike in domestic travel has seen a rising demand for local travel content, and no one knows that better than Alison Huth.

As the former Editor of What’s Up Downunder Magazine (WUDU), a publication dedicated to caravanning and camping, Alison embraced the pause in international travel with a caravan road trip around Australia with her husband. She documented her travels in the magazine and now, as Editor-at-Large, continues to play a role in the e-magazine’s success.

For the final instalment in Telum’s Post Lockdown Travel Journalism series, Alison shared the realities of writing travel content on the road. The series, featuring the experience of journalists across Australia, explores the current travel content landscape as it emerges from a global hiatus.
You recently completed a seven-month trip around Australia. Where did you go and what did you see?
Believe it or not, seven months is nowhere near long enough to do what we thought we could! Our plan was to do "The Lap", which is best described as following Highway 1 around Australia.

We left home on 17th March and meandered around Queensland for a while, catching up with friends along the way.

On 14th April, we met up with two couples who we have known for years and are caravanners. We were going to travel together for a couple of months. Sticking to Highway 1, we then travelled through the Northern Territory and onto Western Australia on the Gibb River Road. That’s an adventure all on its own.

Our main “big-ticket item” was Horizontal Falls in the Kimberly region. We were so determined to do that trip and spent the night on the pontoon that we paid for in February. We were relying on a wing and a prayer for that, but it paid off. We made it and loved it.

From then on it was down the West Coast, sometimes heading inland to experience a station stay, until Perth. Our friends made their way home and we adjusted to solo travelling. The Perth Mint is interesting - it doesn’t make money anymore but has a coin with a face value of AU$1 million. The street value would be so much more because it is solid gold.

Turning east to the Nullarbor, it was time to play golf on the longest golf course in the world, the Nullarbor Links. Peter played and I caddied. The first two holes are in Kalgoorlie, Western Australia and the last in Ceduna, South Australia. He is not a golfer, and the score doesn’t matter - again, it is the experience and the certificate at the end saying you played the whole 18 holes. The really interesting thing about this golf course is it has reduced accidents on the Nullarbor. Instead of driving too far in one day, you stop to play and rest more often.

From Ceduna, we made our way to the Strzelecki Track, via the Pichi Richi Railway and Flinders Ranges to Queensland. By the end of the trip, we looked at what we had done and knew we had missed so much. We need to go back and do it again.

Travelling during a time of frequent and unexpected lockdowns must have been challenging - how did you manage it?

We had to pay attention to possible lockdowns and how they might impact our plans. As the only thing we had pre-booked was Horizontal Falls, we had some wriggle room. Peter and I live in South East Queensland, which is why we left the area in March to give us a couple of weeks away before meeting up with our friends.

We planned three weeks in the Northern Territory as a kind of isolation time. If there had been an outbreak in Queensland, we had that time to distance ourselves. That made it easy to cross the border into Western Australia.

It was all in the timing in one state. We stayed long enough in each state to distance ourselves from a breakout in the previous state. We had planned to go through Victoria and New South Wales but they were both in lockdown. That meant a change of plan, and after three weeks in South Australia, we crossed the border into Queensland.

Throughout the whole trip we paid attention to what was happening elsewhere but spending three or so months in Western Australia meant we didn’t really worry about COVID-19 restrictions. The roads were so busy with other caravanners, you could tell we weren’t the only ones seeking “shelter” in Western Australia.

You are currently Editor-at-Large (formerly Editor) of What's Up Downunder Magazine. How has the magazine evolved during your time there?
Our new Editor, Rachael Doherty, has experience in magazines, having worked on them before joining WUDU. My experience was nil. I literally learnt on the job. Rachael has brought a professional look to the magazine, changed the balance of articles, and is doing such a good job. The readership has increased, which is excellent. Rachael also knows a lot more about layout, style, and balance.

Because we had this trip planned, we had time to do a slow handover so that Rachael could get all the information she needed from me, and I was more than happy to answer all the questions she had. We still work together and have grown to appreciate the ability to have face-to-face chats - so long as I am somewhere with working internet.

You were writing content for the e-magazine while on the road - was this a spur-of-the-moment decision, or had you planned how you would cover your trip?

When we had been on holidays prior to this trip, I kept a diary. I had every intention of writing about this trip, but as articles rather than my usual diary. I enjoy writing and find it quite easy. I didn’t write articles about everything we saw and did - that would have been way too heavy.

While we were travelling, I posted on the WUDU Facebook page two or three times a week. The e-magazine articles were an extension of those posts. Now, if I want to see what we did and read about some of the places, I just look through my articles and the extensive photo gallery I created.

As the world reopens and travel is back on the cards for Australians, how do you see travel journalism and, in particular, the demand for regional travel content changing?
Interesting question! From a personal point of view, a lot of travel journalism promises the earth, blue skies every day, fantastic life-changing moments, and memories that will stay with you forever. As a traveller, I know the truth! Some days are disappointing, some are brilliant and some are okay. I believe that travel journalism needs to try to show reality more and promise eternal happiness less.

When it came to checking out an area, our initial search was usually WikiCamps - the current must-have app for caravanners. We followed this up with a visit to the Tourist Info Centre to get maps and a list of the main attractions. As travellers, we wanted local knowledge and realistic information.

As a writer, I am well aware of the need to craft an article to attract people to the area, blue skies, never-ending memories. I have done it myself, but I am also trying to pull that back a bit. It's not easy to do.

What does an ideal story look like for What’s Up Downunder readers?

Our e-magazine has a single focus: stories primarily for caravanners. Others can read it and enjoy the general articles on travel and attractions, but the information on new caravans, tips and hints, good ideas on modifications and new products would be lost on people who had no interest in caravanning. The ideal article for WUDU would be short, have excellent photos that don’t need a caption to be understandable, and include some information that is usable to the reader.

How can PRs work with the magazine?
As with all publications, the information needs to come out as soon as possible. Digital is ideal with its flexibility but information on an event that is sent two weeks before it occurs is too late. Our e-magazine is set up a month prior to publication; as soon as one is out, the next is in production. The idea that a digital magazine can have extra pages inserted at the last minute is a nightmare for those involved in putting it together.

If there is information that anyone wants to get out to our readership, send it in as early as possible with photos. Our readership is broad, the range of interests is enormous. Given that, information on events is always appreciated.

So, where are you headed next?
Ah, that’s a big question! Let’s narrow it down a bit and say we will be in Australia! The Dinosaur Triangle in Queensland has been mentioned, as have the wineries in South Australia. There have been a few mentions of Tassie too. The wonderful thing about caravanning is that the biggest decision is do you turn left or right at T-Junction? Whichever way we go, it will be packed with places to go and things to see. 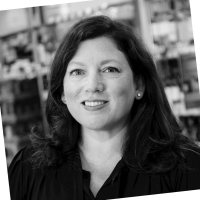 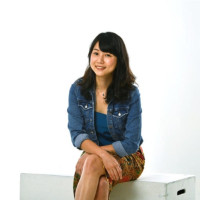 Op-ed: Reshaping the PR landscape in the wake of COVID-19