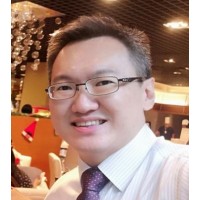 Why did you found MHB Digital and what was the initial vision for the site?
We wanted to bring the professionalism and ethics of professional media (I used to work in MEASAT Publications, Mediacorp Publishing, Catcha Publications and Mongoose Publishing) to the digital sphere which was pretty much the wild wild west back in 2011. Looking at the downtrend of traditional media and the rise of digital media, I decided that there was an opportunity to fill a void and provide a credible and attractive digital media platform right here in Malaysia.

What sets MHB apart from the competition?
We wanted MHB Digital to be a long-term project and a credible digital media / marketing agency, as opposed to the numerous fly by night so-called “digital / marketing agencies” in the market today that are out to make a quick buck by undercutting other agencies and promising all sorts of ridiculous deliverables. As such, we never over-promise deliverables to clients or throw our price just to land a project or client.

Some says influencer marketing is audience manipulation, considering people in positions of credibility and authority can be paid to make recommendations / suggestions without it being an advertisement. What would you say?
Influencer marketing is an incredibly broad term and basically encompasses celebrity endorsements which goes back decades. Social media influencer / celebrity endorsements are just like celebrity endorsements that has existed for decades, albeit on traditional media. The difference is that social media influencers endorse products on social media instead of traditional media. The method and concept are the same as its always been - get someone with social influence to create positive publicity for your brand. We always try to highlight products / services without over-claiming or distorting facts / features. We find that the more genuine the review is, the more it provides followers with confidence to try it.

What are the top considerations for a marketer thinking about investing in influencers - what should they base their choice on?
1. Relevancy / suitability of the social media influencers to the brand and product
2. Priority level when it comes to choosing a platform to advertise on (Instagram should often not be the sole / only platform to run the campaign - some products / services are more effective when promoted in tandem / through other platforms like Facebook / credible websites)
3. Target audience of the influencers (what’s the normal content on the Instagrammers feed like? Too sexy? Too young / old? Too low-end / high-end?)
4. Number of followers versus engagement level of the influencers (some Instagrammers have lots of fake followers)

What are the typical mistakes you see brands making with their social media marketing efforts?
Engaging influencers without taking into consideration the points above.

Engaging influencers directly or through promoter girl agents or inexperienced agents just because it’s a cheaper option. Often times the content barely highlights the product or service properly, and mostly serves to promote the influencer themselves. In extreme cases, the product / service is actually highlighted in a wrong manner which is actually detrimental to the brand.

Jumping solely on the Instagrammer bandwagon without using other platforms. We’ve noticed that Instagram influencer marketing works more effectively with the more well-known brands, as it increases top of mind brand recall. Some products or services require a combination of platforms to be more effective.

Storytelling is central to successful social media campaigns - how can brands get it right? What are your favourite examples of brands having done this successfully?
Nando’s (some years back) totally understood that social media marketing needs to be fast and witty. It reacted very fast to current events, and was so entertaining that it effortlessly went viral.

Pizza Hut almost got it right this Valentine’s Day, with the narrative of it giving a heart-shaped pizza to some of its fast food competitors. The problem is that they didn’t actually do it (I checked their social media accounts) and actually only purchased a feature on a viral site that mentioned that they did it. It would have been way cooler if they actually did what they said they would. Incredibly, this gave some of their competitors like Burger King a chance to reply on their social media and leverage on the situation. 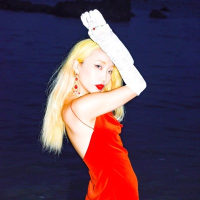 Op-Ed: The Art of Communication