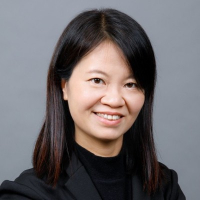 Please tell us more about Economic Digest.
Economic Digest has been around for nearly 40 years. From being a magazine to an online platform, it mainly reports global economic and financial information, including investment strategies, real estate investment, financial management, stock market analysis etc. It also introduces different local and global companies, top-level executives and corporate etc. I am mainly responsible for in-depth reports on senior executives, success in business and workplace, local startups and 5G. So, I often need to find senior executives and companies from different industries for interviews, and that is eye-opening.

You have interviewed various entrepreneurs, start-ups and C-levels, what would be the most impressive experience and what have you gained from it?
The most unforgettable one has to be meeting my idol Fukuyama Masaharu when he came to Hong Kong for the first time to promote his film “Galileo” and his concert. However, Economic Digest is neither an entertainment nor movie magazine, therefore I had to convince the Editor that I might cover Fukuyama from a commercial angle. I pitched a feature about Japan's movie industry accordingly; also, I went for another topic about if Japanese artists are being affected by K-pop wave. Other than that, Fukuyama is one of the shareholders of his management company, and he also invests in bars. So I thought it would be good to talk about his business development plans too. Unfortunately, I was refused by his manager, so in the end, I did not have a chance to talk to him individually. The group interview, however, allowed me to get closer and interact with my idol which made my heart skip a beat.

Most of the time I cover C-levels, and I get to interview them, such as CEOs. Apart from learning more about running a smart business, sometimes they teach me how to be a good person as a whole. Mr Daniel Chong of Yata is the most impressive CEO I’ve ever interviewed. When Sun Hung Kai Properties bought and relaunched Yata in 2007, it was positioned as a modern Japanese-style department store. Mr Chong was appointed as a Director in this connection. Yata would always hold press conferences for their events or promotions, such as Sake Fair, Yata Shopping Day, new store opening, KUMAMON special event and so on. Hence, I got to meet Mr Chong many times, and I still remember his vibe especially when he shared his ideas with reporters excitedly. I once thought it was empty talk, but the more I listened, it became more interesting. It's all about being a good person. It goes without saying that one's personality, in turn, affects how he/she runs a business. In a fast-paced, money-oriented city like Hong Kong, he is probably the only CEO who still likes to share his philosophy, and believes in “taking ten years to grow trees, but a hundred years to educate people". I truly appreciate him.

As I speak Japanese, I get to do many interviews in Japanese. I have interviewed employees from a variety of well-known Japanese enterprises, such as UNIQLO, MUJI, Franc Franc, Seiyu (currently known as Yata), Mitsukoshi Department Store, Ta-Q-Bin of Yamato Logistics, UNY, Ito En and AEON, among others. In recent years, numerous Japanese SMEs have come to Hong Kong to develop their businesses. They all expressed the need for developing their overseas businesses due to the limited local market capacity, as a result of a national population decline. In general, Japanese are not fluent in English. Among my interviewees, the new generation of Japanese entrepreneurs are exceptionally open and they are willing to answer any question. Some of my interviewees do not even mind releasing sensitive company data. The strength of Japanese speaking enables me to obtain a lot of exclusive sources.

Having interviewed so many people, the main takeaway for me is that communication is not only verbal as people often talk to each other when they feel right.

Working as a magazine reporter to witness the rise and fall of the entire media industry, what impact has it had on you? What will the development of magazines look like in the future?
I formally entered the industry in 1997 and have always been with print media. Looking back, the media landscape has changed enormously, each time bringing different challenges and opportunities.

My first media job was with an Interior design magazine named Modern Home. There was no computer on my desk back then. We used to do our work on manuscript paper and hand it over to the typists.

At the turn of the century, I joined Hong Kong Economic Times as an Editor for Internet Magazine. It was the Internet Boom age. This magazine mainly introduced fun things online with a good amount of website links provided to readers. Our workflow was already digitalised at the time, and reporters and editors all used the computers to write and edit their work. The dot.com bubble prompted many news industry employees to switch their careers into IT. Therefore, there was a sharp rise in news workers' salary. Yet, as the dot.com bubble burst, many lost their jobs and I got laid off too - the magazine ceased its publication after 8 months of publication.

Later on, I started at Economic Digest. Throughout these years, my reporting tools have also changed from the cassette tape to digital audio recorder and my phone's recording app. Apart from writing the article, I would also put the interviewee's profile or other interesting tidbits on Facebook and other websites. My colleagues in the photo desk have also shifted from using films to digital, and they've managed to make and edit videos as well.

But certainly adapting to the new technology is sometimes challenging because I am not young anymore. I have to say even my interns are better than me at editing, dubbing, scoring and subtitling. I always tell myself I can only work harder to turn challenges into opportunities and avoid being obsolete. I am adamant to say that through hard work, I now have a preliminary understanding of filmmaking, film editing, soundtracking, subtitling and other tasks.

How should PRs pitch you? What topics are you preparing for the next few months?
I occasionally get angry when some PRs have no idea what Economic Digest is and make a pitch with the wrong topics without knowing we do not quite cover fashion, food and drinks and health. Therefore, I hope that PRs understand our editorial positioning. When they do, they can always invite us to do interviews through email and WhatsApp.

In the next few months, I will be dedicated to interviews with senior executives, corporates and stories about the workplace. I am also writing feature stories on 5G development. Therefore, I welcome press materials on related topics.

What are your hobbies?
I like to hike, watch Japanese and Korean dramas, learn Korean, and discuss Japanese and Korean culture. Of course, I also like to travel. I manage a Facebook page “苗子日韓教室 by Vienna Leung” to share things about Mainland China, Japan and Korea. 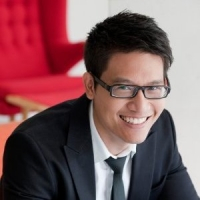 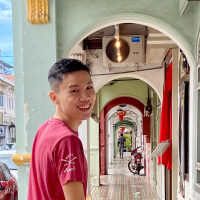