2021 is such a roller coaster ride for the Malaysian media industry with some major media moves and industry updates. Here are some of our highlights:

Quarter 1 (January - March)
Pioneering member of Astro AWANI, Ashwad Ismail took the wheel as the Head and Editor-in-Chief of the 24-hour news channel. Former Chief Executive Officer of REV Media Group, Rafiq Razali is now the Group Executive Director of Media Prima Berhad, and Free Malaysia Today welcomed Azeem Abu Bakar as their Managing Director. From Star Media Group, Executive Editor Rozaid Rahman moved to Sinar Harian as their Editor-in-Chief, and the Executive Content Officer Brian Martin has been made The Star’s Managing Editor. The publisher’s radio arm, Star Radio Media Group has also named Roslinda ‘DJ Lin’ Abdul Majid as their General Manager. On the luxury lifestyle side, Naseem Randhawa became the Editor of PRESTIGE Malaysia, where she spearheads the content and editorial team of the magazine including its annual supplement, PRESTIGE Watch Supplement - Cachet and PRESTIGE Property Supplement.

Quarter 2 (April - June)
Throughout this quarter, senior leadership change was taking place across Media Prima Berhad’s radio arm with the appointments of former Astro Radio’s Nazri Noran as the new CEO, Aaron Pinto as Chief Content Officer and Datuk Jake Abdullah as the Consultant. Astro Radio on the other hand appointed Hakimi As'ari as the AVP, Head of Podcast to manage the overall content offerings under Astro Radio's podcast category, Catch-Up Radio, SYOKcast Originals, and shows from Astro's content partners.

Joining the radio parade is CaiJin, a Chinese sister brand of BFM 89.9 radio which specialises in podcasts and business and finance articles, visual business, and economy content. Some other news includes the appointment of Elyza Khamil as Head of Branded Content for Tatler Malaysia, former Astro AWANI’s Social Media Editor Khairulnizam Bakeri is now the Head of Digital at Media Selangor, and Jamilah Lim spearheads Tech Wire Asia as the Editor.

Quarter 3 (July - September)
The biggest move of the quarter goes to the rebranding exercise of Ripple, Media Prima Berhad’s radio arm, to Media Prima Audio. Two of their radio stations, Hot FM and Fly FM were refreshed with new sound, logos, look and feel, while Kool FM and One FM were rebranded to Buletin FM and 8FM respectively. Two new players entered the media scene, which are Sinar Karangkraf-owned Sinar Premium, a news portal that aims to feature more thought-provoking, in-depth quality news reports and articles, and Lumi News Malaysia, an all-in-one news app featuring breaking news and headlines reported by over 30 quality publishers across this country with the ability for users to follow publishers in their preferred languages, select topics they are most interested in, and receive notifications whenever something of interest trends.

In this quarter as well, Khaw Chia Hui has been named as the Chief News Editor of The Vibes. This quarter also remarks the new era of digital titles entering the e-commerce scene, with the launch of the beauty-niched e-commerce platform, Insider Mall by Beauty Insider Malaysia, and VP Label by Vulcan Post Malaysia to support local entrepreneurs and homegrown brands.

While the quarter was sprinkled with appointments and promotions, it also witnessed some of the biggest farewells towards the end of the year. The Editor-in-Chief of The Edge Malaysia Azam Aris has retired after 27 years of services since the title’s inception back in 1994, and Astro AWANI’s Rizal Zulkapli opened a new chapter at Khazanah Nasional Berhad as the Vice President, Strategic Communications and Media. The country also mourned the passing of our legendary football commentator, Ross Yusof earlier a few weeks back. May he rests in peace.

And that is 2021 wrapped up! We are excited to see what 2022 holds for the Malaysian media industry. Here’s to a bigger, better year for everyone in Malaysian media.

Read the round up online or share the link here. 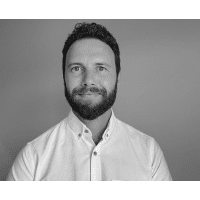 One Plus One brings on Max Burt, as growth continues 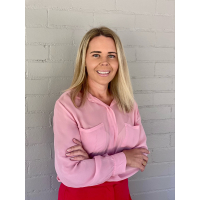 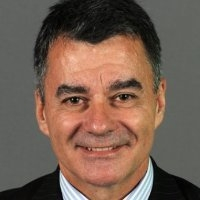