How did The Jakarta Post, VICE (Indonesia) dan Tirto.id collaborate to publish reports of various sexual assaults which revealed sexual harassment and abuse on campuses in Indonesia?

Media outlets rely on exclusive information to do investigative reports. Indonesia has seen more collaborative efforts when it comes to investigative stories lately. One of them is the ‘’Campus Reputation’’ campaign that has won the SOPA Award for Public Service Journalism and Tasrif Award 2020 during the Alliance of Independent Journalist’ 26th anniversary.

Before the campaign, there was IndonesiaLeaks. The platform was created on 14th December 2017 by Free Press Unlimited, the Alliance of Independent Journalists Indonesia (AJI), Tempo Institute and Perhimpunan Pengembangan Media Nusantara. Through IndonesiaLeaks, whistleblowers can send classified information anonymously to nine media outlets, for example Kantor Berita Radio, Bisnis Indonesia and Suara.com.

IndonesiaLeaks won the Udin Award 2019 for its investigative report about an attempt by some investigators in the country’s anti-graft agency to tamper with evidence related to a beef import graft case. The award was named after a Harian Bernas journalist, Fuad Muhammad Syafruddin, who was beaten to death in his hometown in Yogyakarta. The case remains unsolved until today.

‘’IndonesiaLeaks encourages people to submit classified information so it can be investigated by multiple media outlets collaboratively,’’ said Abdul Manan, the Chairman of the AJI and an Editor at TEMPO.

Manan said some media outlets do have whistleblowing channels, but if a story is sent to one particular outlet only that publication will look into the story. ‘’If classified information is sent via IndonesiaLeaks, it can be investigated together. IndonesiaLeaks aims to nurture an investigative journalism culture in different newsrooms, especially with newer media outlets or media that are not very strong in investigative journalism,’’ he said.

Manan said collaborative efforts in journalism have become more important. ‘’It can lighten the workload because there are two problems when it comes to investigative and in-depth reporting, it can be costly, and the risk is high. So, one way to reduce the cost is collaboration because the media can share the workload. If it’s done together, the workload can be shared. It is lighter, but equally tough,’’ he added.

‘’Campus Reputation’’ campaign
A student magazine from Universitas Gadjah Mada, Balairung Press published a story in November 2018 about a female student named ‘’Agni’’ who was sexually assaulted by her fellow community service program student in Indonesia’s eastern province of Maluku. Before ‘’Agni’’, there was no collaborative effort to report sexual harassment and abuse on campuses in Indonesia.

Journalists behind Tirto.id, The Jakarta Post, BBC News (Jakarta) and VICE (Indonesia) decided to see if they could collaborate to expose sexual abuses in the higher education institutions. ‘’We thought about combining resources and sharing data so that we could have a bigger impact for the story. Our focus was that… we were aiming for the impact,’’ said Ardyan M Erlangga, the Managing Editor of VICE (Indonesia).

Ardyan said there is a pattern in which sexual assault survivors are asked to resolve incidents in a ‘’peaceful settlement’’ for the sake of the campus’ reputation. The name ‘’Campus Reputation’’ was coined ironically because of it.

There is no data available on the extent of sexual assaults in campuses across the country. And media outlets could report on individual stories story on their own as many have built contacts with survivors. ‘’We thought it could be more powerful if the collaboration could illustrate the cases so we would know about the magnitude of the problem,’’ he added.

At first, the team distributed an online form to survivors so that they could share their story and to see if they would be willing to be sources. The team grouped the sources and selected the cities that they would travel to. Each media outlet brought different strengths to the reporting. Tirto.id’s main focus is on graphics and data journalism, VICE (Indonesia) is known for its video documentary, The Jakarta Post - is known for its English language reporting. BBC News (Jakarta) withdrew from the campaign due to legal concerns.

One of the survivors was willing to be interviewed on camera. VICE (Indonesia) then traveled to Bali to talk to her. Meanwhile, The Jakarta Post covered Yogyakarta and Tirto.id, Semarang.

Interviews were compiled and stored in the cloud and so that each publication could pick an angle that worked for their audiences.

It did not take long for VICE (Indonesia) to film the documentary. ‘’We spent more time discussing it with our internal ombudsman. Our legal team reviewed the video and we made sure we had covered both sides,’’ Ardyan said. VICE (Indonesia) also consulted the National Commission on Violence Against Women and the Legal Aid Institute for the Press.

‘’Once it is online, it is going to stay there forever, so we would like to protect her privacy. But she said that empowerment is needed in times like this. So, we decided to show her face in the documentary,’’ he said.

Ardyan explained that VICE (Indonesia)’s audience, which is people between the age of 18 and 32 responded positively to the story. ‘’The awareness to care about risks of sexual assaults on campuses was really felt on our social media and YouTube. I am so happy because it was the kind of response we were hoping to get from the collaboration,’’ he said.

Journalism as public service
When it comes to reporting sexual assaults the media outlets have to be very careful to report in fairly. ‘’The perpetrators won't have as much space. They just can’t, because they are powerful and if we give them too much space, we are choosing to side with the oppressors,’’ said the Managing Editor of The Jakarta Post, Evi Mariani.

Evi regrets that there are many people who try to belittle journalists’ credibility when they report sensitive issues, by labelling them as activists or social justice warriors. Evi explained that one of journalism’s commitments is to give a voice to the voiceless.

‘’Journalists work to give the public good information, so we do it in the name of journalism. What we do is we dig as much information so we can spread the information we gather, and the readers can make good choices,’’ she said.

‘’This is an important issue and we try to deliver it responsibly. When we won the awards, it made us happy. The message that is more important to other news outlets out there is that collaboration is important, and it can create impactful reports. We are truly doing our role as public service,’’ Ardyan said. 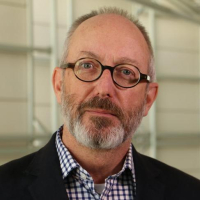 Telum Talks To... Alan Sunderland, Author for The Ten Rules of Reporting 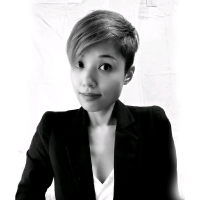 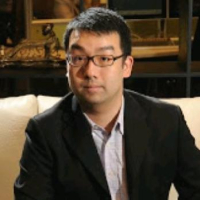