In Myanmar, one elephant is lost every week to poachers. Fuelled by the growing demand for ivory, hide and body parts, poachers have decimated half of the entire wild elephant population in Myanmar. In 2017, WWF Myanmar and RICE began a partnership to put an end to illegal wildlife trade in the country, starting with its elephants.

Challenge
Despite the heinous act taking place in their backyard, many people in Myanmar are unaware of the poaching crisis. Through Voices for Momos, RICE aimed to positively engage both local and international communities by educating them around the issue and inspire them to take action to end illegal wildlife trading (IWT) activities.

Strategy
To reach its goal, Voices for Momos reached out to the public through activities that would create an emotive response, to move Myanmar’s people to take action by spreading the word around the elephant poaching crisis. The aim was to put pressure on local and international organisations to step up their enforcement efforts to curb and eventually put an end to the elephant poaching crisis and do more to educate the public.

Bringing the issue close to home, the campaign itself took its name from Yangon Zoo’s famous elephant, Momo. The people of Myanmar had grown to know and love Momo over generations, with the name consequently becoming synonymous with the reference to elephants. Having just celebrated her 64th birthday, the gentle giant is also the city’s oldest elephant.

Execution
The campaign launched with a surprise public exhibition of seven massive paper mache elephants - the first of its kind in Myanmar - in Yangon’s City Hall. With the largest of the lot measuring almost three times the size of a real elephant, the three-day outdoor installation designed by local visual artist Arker Kyaw and assembled by craftsman U Myint rapidly generated buzz across social media in Myanmar.

To accompany the massive visuals in the middle of town, Voices for Momos also established a partnership with local fair-trade retailer Pomelo to design and sell miniatures of the paper mache elephants at its popular flagship store in Yangon. This created a way for members of the public to bring a piece of the campaign home, so they can continue telling the story about the voiceless momos.

On social media, a hashtag #ForMomos was created and shared so that photos of the campaign, as well as its messages could be further amplified. The campaign also engaged local celebrities with a large number of following, which helped drive the message to a wider audience beyond Yangon.

A video telling the stories of the artist behind the paper mache elephants was created, and quickly garnered support from major local conglomerates. As a result, the video and campaign message was able to reach residents across the country through OOH advertising on cinema screens, billboards, ATM machine screens, even cable car wraps at the Kyaikhto Pagoda, a high-traffic tourist attraction and major site for IWT.

The six-month campaign culminated in a full-scale, free public concert, where celebrities volunteered to step up and leverage their influence through performances. With a clear message in mind, the concert saw thousands of people, who went home that night in support the campaign that stood against illegal wildlife trade.

Results
In just six months, the campaign resulted in a concrete outcome and delivered on the advocacy mission: awareness to action.

In the media, hard news, investigative features and in-depth commentaries were generated. By the third month, stories on illegal wildlife trading and related issues were published almost daily, totalling 550 pieces of coverage from local and international media, across print, online, broadcast and social.

The pre-campaign video alone received 3.6k Facebook views organically in under 24 hours. To date, it has been viewed over 183k times, and shared by over 2.8k users to their friends and communities. From a zero base, the campaign reaped over 14k followers on Facebook and 147k on messaging app, Viber. KOL engagement on social media reached 4,780,071 people on 18 mentions alone. 192 mentions of #formomos reached 1,005,266 people, within just the first week of launch.

Beyond coverage, the biggest result from the campaign was to have two key markets in Myanmar vowing to end the sale of illegal wildlife products. Heads from the European Union in Myanmar issued a statement addressing the issue, offering support through stronger legislation and research. The Yangon City Development Committee has also agreed to announce the end of IWT sale in Yangon sometime this quarter.

Although the campaign has come to an end, the public hasn’t stopped advocating for the elephants. A petition was circulated online to garner signatures from the international community, which has garnered over 3,200 signatures to date.

For a behind-the-scenes perspective at what went on throughout the campaign, be sure to check out this blog post from Nay Lin, who was part of the Voices for Momos team. 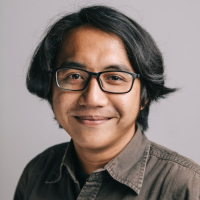 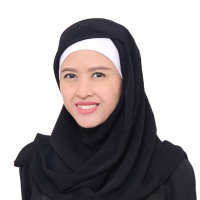 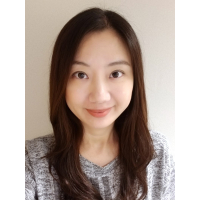