Telum caught up with journalists across the region who gave a sneak peek into what’s in store for the media outlet and what they are looking out for in 2019. From tech developments to lifestyle trends and national elections, 2019 seems to have plenty in store.

Elaine Yau, Senior Culture Reporter, South China Morning Post (Beijing)
“More Chinese homegrown brands want to put Chinese lifestyles on the international radar. Like Dianping has launched a new Black Pearl guide to take on Michelin. The Forbidden City has leveraged the Story of Yanxi Palace-induced imperial China chic to launch a new line of cosmetics. I would like to keep an eye on all these new Made in China initiatives to see whether they can boost the country's soft power among an international audience increasingly wary about its ascendance.”

Hu Han, Co-Founder, Economic Weekly / AI Caijing (Beijing)
"At the end of last year, we thought about the key words of reporting with regards to several sectors that we cover. In terms of industry reports, the industrial internet of things, or IoT, will lead the coverage of industry news. In the past few years after the conception of intelligent manufacturing came up, China has been attempting to improve efficiency of its manufacturing or industrial processes, which is expected to transform China’s traditional industries by full use of the internet model and technologies. Based on that, we will be focusing on this field finding case studies and all achievements as well as difficulties that the industries may encounter."

Jessica Kang Zhiyuan, Senior Watch & Jewellery Editor, Noblesse China (Shanghai)
“Many post-80s and post-90s independent Chinese jewellery designers have started to shine and the market looks forward to their works with anticipation. Also, as the two major watch fairs in Switzerland have announced to synchronise their events in 2020, watch brands will have more flexibility in announcing their upcoming launches, hence they no longer need to rush to make their new designs for the shows. I will follow how this new arrangement will impact how watch manufacturers will launch their products this year.”

Benny Lu Chia-Hung, Multimedia Producer, BBC Chinese (Hong Kong)
"I will be working on global politics and international relationship between Taiwan, China and USA. Taiwan surely will be in the spotlight since general elections will be held in Taiwan in 2020. Also, I will cover cultural and social issues such as marriage equality or global migration."

Sara Hemrajani, Senior TV Producer / Reporter, Reuters TV (Hong Kong)
“One theme I expect to follow again this year is how Hong Kong manages its freedoms and autonomy within the ‘One Country, Two Systems’ framework. I also expect China’s economic slowdown to be an important news story amid the trade tariff battle with the US.”

Cristina Chen Pi-Fen, Deputy Supervisor, Commercial Times (Taiwan)
"2019 marks the reorganisation of the global trade order as world economy will no longer go the way it used to be. The Sino-US trade dispute is just the starter; the WTO reform, the new USMCA deal and FTA negotiations, "Say no to Brexit", the US to return to manufacturing, China to boost smart manufacturing thus Taiwan sandwiched in between (US and China), every new issue can be a trigger to the next move. So, I think international financial news will keep us busy all the way to 2020!"

Jessy Wong, Writer, GOASIAPLUS Magazine (Malaysia)
“This year, GOASIAPLUS is keen to cover more on travel and nature sustainability as well as raising social awareness. Maintaining our role in the travel media industry, we are hopeful to feature more topics on green-travelling, sustainable shopping and social enterprises as part of our 2019 plan. To start, our January issue featured "Social Enterprises Restaurants in HCMC" to highlight the underprivileged / marginalised community in Vietnam.”

Paulus Tri Agung Kristanto, Vice Editor-in-Chief, KOMPAS Daily (Indonesia)
“2019 is going to be a political year and media will certainly cover and be involved in the complexity of the electoral issues, which includes the political interests between the candidates. If the community is divided, the media is also divided. My hope is a routine democratic event such as a presidential election will not divide the country and its media. Hopefully, the presidential election in 2019 can run peacefully and unite the nation.”

Ira James Garcia, Editor-in-Chief, GGWPTech (Philippines)
"I believe 2019 is going to be exciting in terms of tech. Telecom companies are in an arms race in the 5G initiative here in the Philippines, and CES has just concluded with some exciting announcements and lot of new tech to look forward to. I'll be looking forward for COMPUTEX this year in Taiwan and I hope I get to cover that as well."

Have a specific topic you’re working on? Feel free to get in touch to place a call out in our “Media Request” section to reach thousands of PR professional. Examples of these include seeking interviewees / experts / spokespeople, a product to review, a case study to illustrate a point in your articles or prizes for competitions. You can send your requests here. 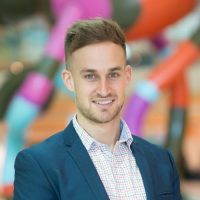 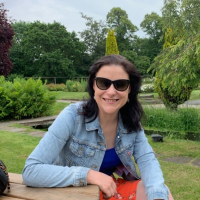